Fading Suns is a dystopian sci-fi RPG set in the sixth millennium after humanity’s greatest civilization has fallen, and a new Dark Age emerged to replace it.

It was published first in 1996 by Holistic Design and written by Andrew Greenberg and Bill Bridges, who helped shape the World of Darkness.

Since 2016 the game has been published by Ulisses Spiele. Ulisses Spiele used Game On Tabletopand Kickstarter to crowdfund a new edition. It looks like those backers have all nearly got their books, with Ulisses Spiele doing the usual thing of talking to customers who have parcels gone missing or books damaged in transit. The Fading Suns shop page has “Coming Soon” buttons for the rest of us.

Originally slated for a July 15th launch, now July 28th, New Fronters, the first wave of new content for the dark sci-fi RPG, follows. There’s an alert page on Game On Tabletop for when the project does launch.

New Frontiers takes players beyond the borders of the Phoenix Empire into “barbarian space” — the distant worlds of the Vuldrok Star Nations, whose pirates routinely pillage the Known Worlds.

The German publisher has shared two previews of the forthcoming supplement.

The Vuldrok Space (PDF link) preview gets into the history of the Vuldrok.

Under the thanes of Wolf’s Lament, a strong centralized military machine arose, strengthening and binding loose clan and nation alliances into a powerful military force. Warlord Gunnar the Grim (4382- 4461) brought Wolf’s Lament to heel by tying the other thanes and itankans to him through oaths and marriage. In place of the earlier freeman’s levy from the Rweng invasions, he created a new tax and began the centralization of power that led to the eventual unification of the Vuldrok worlds.

The second preview, which was released on the 15th, shares stats on two creatures you can find in Vuldrok space; Dragur and Nottskep (PDF).

Draugrs are the undead guardians of burial sites. They appear either corpse-white or blue in color. A draugr either has thin skin over a skeletal frame or bloated, swollen flesh. They carry with them the likópofer, the corpse-stink, which announces their presence when the wind blows from their direction.

Draugrs can speak, displaying a cunning intelligence. They do not drink blood, but sometimes, they feast on the flesh of those they slay. They usually attack in dark surroundings within lairs or at night. Draugr are at a disadvantage when encountered during the day or outside (day or night) in the summer season. They are stronger in winter. 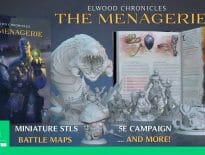 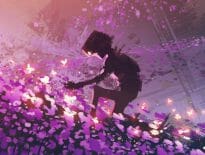