Welcome to Geek Native’s not entirely regular look at a batch of episodic anime.

In this column, you should expect some short reviews on ongoing anime that you can watch over a streaming platform like Netflix or Sony’s Funimation.

Reviews without spoilers mean talking about shows and plots in general terms, about whether things are working out, about animation quality, the pace, the tempo, illustrations, relationships and even occasionally the soundtrack.

Keep up to date with the series, and the added context will help with insight. Perhaps I dislike everything you like; if so, switch my recommendations around.

Most importantly, spoiler-free recommendations are welcome. Found an anime, old or new, that people should know about, then use the comments at the bottom of the blog to let us know.

Better than I feared, not as good as I had hoped but at least it wasn’t another “survive the zombie hoard” story.

Resident Evil was pretty gruesome at times, especially right at the start before it had set any expectations of gore level. It’s also a great example of how far CGI-style animation has come; it was like four sets of incredible cut-scenes.

You don’t need to know anything about Resident Evil to enjoy this anime, but the more you know and forgive, the better it is. How so? There are “returning” characters and many references to the greater mythology of the long-running series.

Very lightly, if Resident Evil isn’t about many people trying to survive a zombie outbreak, what is it about? It’s about the aftermath of a zombie outbreak and the human corruption that will inevitably follow. It’s about becoming a monster to fight monsters. It’s about the ends justify the means. I know; nothing remarkable there, but it holds the story together, and the only surprises you expect from a ResEvi title are jump scares.

Not only better than I feared but as good as I had hoped; this anime keeps on surprising me.

It looked like it was going to peak and plateau, but there are 24 episodes scheduled, so we still have a lot of timeline fixing to do. What’s even better is that the nemesis, whomever they turn out to be, seems incredibly clever and adaptable.

Our hero is neither clever and barely responsive, but it works. It’s dangerous territory as I often get nothing but frustration from main characters who just moan, whine and make the situation worse for themselves. In this case, when things get worse, it’s because of action, not inaction.

Tokyo Revengers has a weakness, though. I just don’t buy the bonds of friendship and loyalty that exist between the characters. They’re either inexplicably strong, often presenting as honour among thieves (there is none), or mysteriously vanish in time for the dramatic reveal, on repeat.

Combatants Will Be Dispatched!

I’m not convinced there was a plan. I think there was an idea that got commissioned, and then filler content was made later. In the latest episode, the so-called evil agent says something like, “Oh, the mission. I forgot about it”.

Clearly! I’m not even sure I knew there was a mission.

The whole episode was pointless unless you count one creepy upskirt. And I’m beginning to fear that’s true.

However, there are signs of some sort of arc in the background. Some transparent threads of hope could be pulled taut in the final episodes to reveal a slyly woven tapestry of drama. I’m torn between dumping the show now or letting those last episodes have my time.

Any thoughts? Let me know, spoiler-free, in the comments below.

Status: Struggling, and falling.
Where: Funimation

My brave experiment was watching BOFURI in English, it still sounds weird, but I’m enjoying the series!

The premise is that a newbie “broke” a tremendous virtual reality by accidentally mix-maxing her defence stats in ways the programmers didn’t predict. Now they move to release patches and close exploits.

In the meantime, our newbie, Maple, is just out to have fun. And it’s fun to watch, wholesome, and still with plenty of combat action. These girls know how to fight, and that team is growing as we move into Guild territory.

You’ll know this already, but sometimes the way to win at a game is to have more stamina for it than anyone else. Find your zen and avoid rage quits. There’s no sign of rage quitting here, but Maple’s growing Guild are finding their zen and passing it on to us.

I know! I know! I’m falling behind. That’s not a surprise. I guess the surprise is at how well Boruto and co are holding my attention this far in; the formula, whatever it is, works.

Also, surprising is the boss fight we’re getting. I thought it would come later, but it makes sense now. I imagine what the audiences are getting is the chance to compare power levels to see just how much threat the heroes are in.

In this column, I wondered whether Combatants Will Be Dispatched! was weaving threads that would be pulled together later. In this section of the collection of mini-reviews, we find an example of a show that does this very well. It’s all about foreshadowing and managing expectations.

We just need to invent more ways to explain what’s going to the audience than have the characters explain to each other what is going on, especially to their rival in a fight. 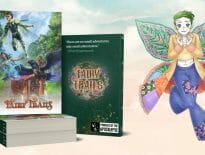 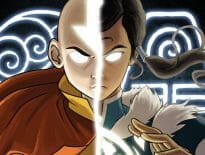