Irregular Reconnaissance: Anime dishes up short reviews of episodic anime so that you can skim through and decide what might be worth your time.

In this column, we catch up with the end of season one of Yashahime: Princess Half-Demon, confirm that there will be a season two and wonder whether it is worth watching.

As a rule, Irregular Reconnaissance works hard to avoid spoilers. Each anime discussed here is talked about in general times and broad-strokes. One way to get an idea of how helpful these reviews are to you is to line up the recommendations made with shows you already know; the better the match, the more likely we will agree.

Most of all, though, Irregular Reconnaissance: Anime is a forum for you to become a kick-ass anime scout and report your own (spoiler-free) findings in the comments below.

The Day I Became a God

For me, it all ends in tears. Given that the god Odin walks among us, it is claimed, predicting the end of the world in just a few weeks, surely that was given.

The question is, are they happy tears or sad?

I think you should find out for yourself. The Day I Became a God is primarily a slice-of-life anime, but it treads into other territories and genres. After all, if Hina really is Odin, then that’s supernatural and, if not, then what?

My concern was that the show would lose it in the end. This often happens in anime; a good idea has no way of wrapping up in a way that does the rest of the series justice. There were wobbles, but brief and minor. We got there.

For most people, The Day I Became a God isn’t necessarily the anime you were expecting, but if your tastes overlap with mine, then it’s likely to be an anime you enjoy.

Imagine the stereotypical scene; a cigarette smoke-filled detective’s office, paperwork messy, the walls faded, and the shape of a burly man in the foreground. As the camera pans, the investigator pulls on his heavy coat, all flaps and pockets to fend off the rain, and then we see his face.

Our private eye has a head shaped like a revolver.

In No Guns Life, it’s after a war in which cyborgs were deployed and are now struggling to assimilate back into everyday life. They’re known as Extended, and life is not kind to them.

Our hero is an old model. He’s not strictly a private eye; his self-appointed task is to deal with other Extended when there’s a problem. He’s a resolver.

It’s early episodes so far, but No Guns Life is shaping up well.

The early episodes of MWZ are sombre and layered. There are good people and bad people on both sides. People do bad things because they think they had to. They believed it’s for the good.

Frankly, it’s hard to believe this is based on a smartphone game – even if it’s an MMORPG.

The show begins with destruction, and I think it’s a premonition. Then we jump back to a tense world in which a pristinely uniformed army struggles to keep people safe from monsters. Militant rebels make life even harder.

After that, the point of view flicks to a rebel group trying to do what they can in the face of deadly tyranny.

There’s action, and some of it feels like Player on Player.

Status: Average, but promising
Where: Funimation

I think I lost track of what Sword Art Online was up to. I’m sure there’s been more extensions or spin-offs. Gun Gale Online, though, is a fresh start and a return to the series for me – having watched the main on.

Gun Gale Online, the show, is set in the future. The implications of VR gear that would kill you in real life have hit society and been dealt with if you died in the game.

Incongruously, VR gaming didn’t die. New technology came along, made it safer, and people trust it.

Gun Gale Online, the game, is a harsh modern-day setting in which people use guns in battle royales.

Our hero in the game is a relative newbie. She looks small, cute and pink by choice. In real life, she’s a tall and capable woman who feels insecure about her appearance.

It was just last week when I suggested Yashahime had been promised a long run. Sure enough, this season’s episode 24 is the last, but it announces season 2.

Things finally happen. Dads show up. Behind the scenes, manipulators fly away, chased off by said fathers. Loyalty plays out along the lines you would expect. Largely, though, most of the encounters in the previous 23 episodes are shown to have very little relevance to the bigger picture (although this may change in season 2).

There is one big cliff-hanger, though. It’ll be a test of willpower and storytelling. Either way, it’ll set the tone of season 2.

I’m really wrestling with whether or not I make time for season 2. I stuck with Naruto through some dull patches. Do I do the same for the half-demon princess? (note; ‘princess’ – not ‘princesses’). I don’t have to decide right now, and we’ll find out in due course.

That’s a wrap for this Irregular Reconnaissance (though hasn’t it been surprisingly semi-weekly recently?). As usual, let’s hear from you. If you’ve found any shows that are hit or miss, then consider letting us know in the comments below or in the Geek Native Discord. 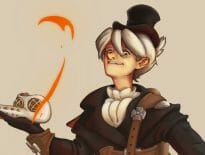 Tabletop & RPGs How Physician Assistant School Helped Me Craft an … 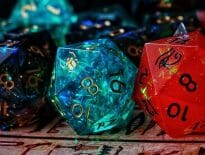