Confirming the name of the official Avatar RPG as Avatar Legends: The Roleplaying Game, Magpie Games have released a free quickstart.

The publisher has also revealed that the tabletop game based on Avatar: The Last Airbender and The Legend of Korra will be published on March 22nd 2022.

Magpie and ViacomCBS have signed a multi-year deal, and Avatar Legends will be the first release with two supplements confirmed for August 2022 and then February 2023.

In addition, there will be a Kickstarter that will run from August 3rd to September. The Kickstarter will serve as a pre-order and let fans buy the TTRPG directly from Magpie.

Geek Native believes that the RPG will be available as a PDF, a hardcover and that a Kickstarter exclusive limited edition is planned.

We’re so honored and excited to announce the Kickstarter for Avatar Legends: The Roleplaying Game. We have spent the last ten years connecting with backers via Kickstarter, and we are thrilled to have the opportunity to involve fans through crowdfunding. There’s a whole world to explore in the Avatar Legends universe, and we can’t wait to show you all that we have planned!”

A diverse team of creators, including Asian-American and Indigenous contributors, is on the team since 2020.

Clio Yun-su Davis, one of the contributing designers and writers, added;

One of the best parts of working on Avatar Legends: The RPG is getting to dive into all the rich details of this complex world and seeing how each era impacts the next. I’m excited for players to tell stories that explore what their characters personally value, as well as how those values fit into the larger picture of the world’s history. There is a lot worth fighting for in this universe, and not everyone is fighting for the same things.”

Geek Native was fortunate enough to have an advance look at the 34-page quickstart.

The game is intended to get fans of The Last Airbender and The Legend of Korra into roleplaying. We see that reflected in the quickstart, which pays careful attention to the onboarding of newbies.

The quickstart also says true to the ethos of the series, noting that it is intended to be a family-friendly game (to indicate the game is suitable for many ages) and encourages the use of safety tools.

As Magpie has previously confirmed, Avatar Legends will be a Powered by the Apocalypse game, a system used by many other titles, including the publisher’s own Masks: A New Generation superhero RPG and Root: The RPG.

The World of Avatar Legends

The TTRPG’s quickstart begins with an introduction to the world of Avatar Legends, noting that you will play as a hero from one of the Four Nations, who is a force for positive change. You will join with friends, enjoy adventures and personal journeys and face devious foes.

It’s noted that the game, as both series are, is a fantasy but inspired by Asian and North American Indigenous cultures. It’s a world of struggle, complex motivations and where many people are talented martial artists, and some have mastery over one of the four elements.

If you don’t know the series, then the “should-know” from the title is that for most of the world’s history, one of these elemental masters is known as the Avatar, and they can “bend” all four elements. They represent the harmony between the Four Nations.

Those nations are connected to the elements; The Fire Nation of tenacious people live in the west, the Water Tribes are split between the two poles, the Earth Kingdom as the largest of them all and the monastic people of the Air Nomads.

The complete game will support play in five different eras, and the era you pick will mean significant changes to each of these Nations.

The quickstart comes with a pre-written adventure set in The Hundred Year War era but can be used for any of them. The five are Kyoshi’s Era, Roku’s Era, leading up to The Hundred Year War, which is an Era of its own, then Aang’s Era and Korra’s Era.

Avatar Legends is very much a cooperative TTRPG. At the start, every player, including the GM, has equal influence on deciding the following;

The game’s scope is about how much of the Four Nations the characters will explore in the game. You could have a narrow scope set within a single city or a scope as broad as Aang’s own adventures and travel the world.

The group focus is a little more complex but helps remind players why their characters might do things and do things together. In essence, it means picking a verb and a subject. For example, “to defeat …”, “to protect …”, “to change …”, or “to rescue …”.

The inciting incident very much uses the RPGs origins as a TV show to get the game running. Collaboratively, the group outlines the pilot episode or first game. Magpie recommends doing this in three Acts. For example, Act 1: we discover a secret hidden by the corrupt city leaders, Act 2: we stole it from them, Act 3: and then we narrowly escaped capture by the pursuing guards sent after us.

As a Powered by the Apocalypse game, the Avatar Legends roleplaying game uses playbooks to create characters. You don’t need to know this or anything about PbtA games to use this quickstart, though.

It means starting the process of creating a character by thinking about their personality, relationships, and even how they fight. There are six playbooks in the quickstart; The Bold, The Guardian, The Hammer, The Icon, The Idealist and The Successor.

If you want to create a character that feels a good match to the setting, there’s even help to pick Nation-specific sounding names.

Once enough of the character’s personality and history has been thought about, the quickstart goes on to working out some game mechanics that help decide how well they might do things. Characters in Avatar Legends have four stats; Creativity, Focus, Harmony and Passion.

A rule feature that very much conjures up the charm of the two Avatar TV shows is Balance. Every character has a Balance track on which principles are marked, and they oppose one another to a degree.

This means upholding one principle might come at the expense of the other. There are possible advantages and disadvantages with game mechanics as one of these principles might start to become dominant in your character’s mind or if their centre changes.

There’s a special move called “Moment of Balance” that characters can do when they can balance these tensions and find an appropriate Avatar-like harmony.

The game mechanics come into play when you need to see whether a character succeeds in doing something where failure is noteworthy. It begins with a Trigger.

A Trigger happens when the game’s narrative activates it. This means players need to imaginatively describe what their characters are doing, perhaps sneaking through some bushes, for example.

Triggers are the start of something larger; a Move. Moves usually mean rolling dice and add one of the stats on your character sheet to get higher than 6. If you don’t get higher than 6, something exciting happens, but not what you had planned.

However, characters might also have a Condition attached to them, Afraid, Angry, Foolish, Guilty or Insecure, and these might also modify the dice total.

As introduced in character generation, your Balance can also be a significant factor. It can offer up to +3 or -3 to that target of more than 6.

The quickstart provides a small shopping list of basic and common moves. For example, the Trick move, it suggests, is best paired with the Creativity stat, whereas the Comfort or Support person can be used to heal fatigue.

Combat is managed through Moves. The main difference is that these scenes are a little more focused and that the GM picks what non-playing characters (who may well be enemies in a fight) are doing in secret before revealing them to everyone else.

Lastly, before the pre-written sample adventure, the quickstart offers a few pages of tips for the GM (the gamemaster).

Tips include; make it fun, offer and mystery and let your players talk. I imagine YouTube tips will start to appear shortly. Another way for people who are entirely new to tabletop RPGs to learn is that Magpie Games also offer “curated games” where people can pay just a few bucks to book a seat in an online game and be a player and see how an experienced GM runs a game.

The Forbidden Scroll is the pre-written adventure in the quickstart, which, to avoid spoilers, I won’t say too much about it.

It starts on page 25 and runs right up to the end of the quickstart.

The quickstart spends a while on The Forbidden Scroll’s introduction, introductions important characters with their stats, locations (and there’s a lovely glyph-like map on page 32 that might impress veteran gamers), and has plenty of advice.

I’m impressed by the quickstart. It’s what I’d expect from Magpie, and while I’ve not seen all of the Avatar shows yet, I’d call myself a time-poor lapsed fan. Viacom will be pleased to know that just reading through this quickstart has been even more eager to take the time to catch up on the series. Or buy an Appa plushie, or t-shirt, or all three.

Powered by the Apocalypse games typically use d6. 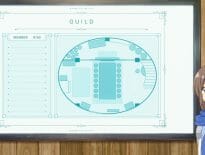 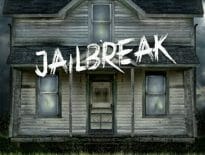 Tabletop & RPGs Free to Download: Jailbreak by Greg Stolze
wpDiscuzComment Author Info
Manage Cookie Consent
We use technologies like cookies to store and/or access device information. We do this to improve browsing experience and to show personalised ads. Consenting to these technologies will allow us to process data such as browsing behaviour or unique IDs on this site. Not consenting or withdrawing consent, may adversely affect certain features and functions.
Manage options Manage services Manage vendors Read more about these purposes
Preferences
{title} {title} {title}
Loading Comments...