Geek Native talked to the creative team and got some tips for DMs on how to blend fantasy and history right, insight into “what next” for the project, and some exclusive art. In the meantime, there’s the Kickstarter to check out.

At the time of writing, there are two weeks left to join the legions and sign up for the project.

In this world, legionaries of the Carovean Empire march to battle against numerous enemies on all sides. They defend the vast borders of the empire against barbarians and conquer new territories, fighting under the proud dragon banner of their legions. Gladiators salute the emperor and people in the arena before the games begin; the crowd cheers with fascination as their gladius cuts wounds on their opponent and blood scatters on the sands of the arena.

Why is Carovea Victor different?

It tells a fantasy version of a Greco-roman world, so gamers who love history and who want to play games in a fantasy roman empire, we’re calling out for them! A historical roman legionary had to fight barbarians to defend the borders; they also have to fight dragons in our setting! With that said, we’re not giving a whole new fantasy or sci-fi world, so players don’t have to read hundreds of pages of world lore and setting to understand what’s going on. They all know the Roman Empire, so they also know the Carovean Empire. A player wants to make a gladiator character… done! She doesn’t have to look up a large book and see if there are gladiators in the setting. Everything people already know from history are here.

Apart from new classes and monsters, what’s new is here?

Two things stand out! First is the human focus and our ethnicity feature. In Carovea Victor, if you want to create a human, it’s not just “ok just give +1 to all stats, and you’re done.” Well, it could be if you want, but we added some more options. Now you can choose an ethnicity for your human, which gives your character some new traits, reflecting the historical or mythical lore of the people.

The second is the factions. We provide some factions where players may join and gain ranks. And with it comes new story options, whole new ideas and even motivations for players to create a character specifically suitable for that faction. Factions also give players a goal to pursue, a fighter may travel the world as a mercenary, and it’s already a good character, but the moment it becomes part of, for example, the Praetorian Guards, it now has to serve the Caroven Empire, its high ranking officers and generals and defend the emperor with its life, if necessary.

Plans for the future of Carovea Victor

What are your future plans? What will Roleplay Elixir do next for Carovea Victor? Take me beyond the Kickstarter. Or will you do a different game?

We want to do a ton of things… But of course, we need to make a prioritization of projects… For now, it seems we will keep writing stuff for Carovea Victor. The next supplement is subject to debate, but there’s a possibility that it will be titled; “Legions March!”. We are planning to cover many aspects in this supplement;

1. How to represent a large battle in your game where legions, barbarian hordes and armies fight… 5E and roleplaying games generally focus on the adventures of a group of heroes. But when it comes to large wars, they usually stay out of scope. We are planning to write rules and advice on how these battles can affect the gameplay of 5E, according to what principles can the actions of heroes turn the tide of the battle, what can be the rules when a player character commands a unit of troops in battlefield and etc.

2. We will give many storytelling ideas, some very detailed, in small campaign booklets, others much broader… Some will include the battles of Carovean legions, and they will be stories focused on war. Others will be political stories involving betrayals against the emperor and intrigue within the senate…

3. Lastly, we will give more backgrounds, subclasses and race-subrace options for player characters, some original, others again inspired by the history…

Can you give readers your three DM tips for blending fantasy into a historically-inspired setting?

Fantastic idea, thanks for asking! I’ll give you five!

1. Real-world myths and legends are all about blending fantasy into history! Read them if you seek some great stories! (Iliad, Odyssey, other Ancient Greece stories and Norse sagas, etc.)

2. Diseases and plagues of the real world (hello covid-19, dear friend) are ways to implant monsters and fantasy into a historical setting. What if a disease that devastates a region is caused by a powerful demon from the underworld, and it is spread by its otherworldly minions?

3. Some territories are impassable… In history, it was because of the terrible weather or natural conditions. In a fantasy-historical setting, it can be because of monsters living there…

4. Look for historical action movies and novels, such as Gladiator from Riddley Scott, and put fantasy elements in them. In the film, Maximus is thought to be dead. In a fantasy story, our hero maybe actually dead but then resurrected… By whom? For what purpose?

5. Don’t forget that all sentient beings, be they real-life human kings or ancient dragons, can have egos, plans, passions, and hatreds… Why would a dragon destroy a town when it could instead kill its king and become its new ruler, forcing its people to pay tribute and gaining more wealth? It’s much more interesting for a dragon to have goals and passions similar to mortals. 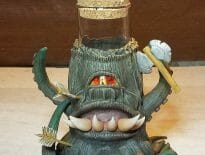 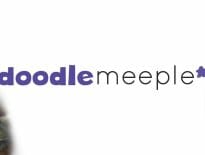