Now, a screengrab of the court session minutes being shared on social media appears to show the Judge dismissing the case.

I cannot find the electronic paperwork online from outside social media, but that is likely due to an utter lack of legal skills and intelligence than anything else.

The ban followed Wizards of the Coast stripping the artist from his consultant credits in Dungeons & Dragons 5e and other community bans levelled against him. The actions follow sexual abuse allegations made against him.

Zak S had tried to sue Gen Con and Adkison because their ban, and the way they did it, had impaired his livelihood. It looks as if the Court took about an hour to hear the opening arguments and then dismiss the case. 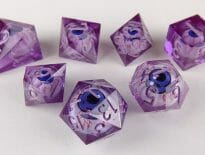