You are here: Home / Games / Tabletop & RPGs / Palace of the Vampire Queen: The strange history of D&D’s first standalone adventure

The Palace of the Vampire Queen is the very first standalone commercial adventure for Dungeons & Dragons.

Published by Wee Warriors in 1976, the adventure was the first one that you could buy by itself, rather than coming with a set of rules. Amazingly, the adventure was unlicensed and yet distributed by TSR, the company that actually owned D&D at the time.

The second edition, if you can call it that, published in 1976, was mere two dozen loose sheets of paper.

As DM Dave points out, Wee Warriors beat TSR to publishing standalone adventures because Gary Gygax thought no one would buy them. The game’s co-creator thought it was easy enough for DMs to build their own dungeons and that there would be no market for anything pre-written.

In 1978, after TSR stopped helping to sell unofficial D&D games, Wee Warriors closed. Then, in 2019 Precis Intermedia bough the whole Wee Warriors catalogue and started to bring these historic titles back to life.

In February 2021, Wizards of the Coast also then published Palace of the Vampire Queen.

It was a mistake. Brett M. Bernstein of Precis Intermedia told Geek Native;

It would seem that the title was mistakenly added to the DMs Guild catalog after being found in storage with other old books belonging to Wizards of the Coast for scanning. It has been deactivated, since the existing Palace of the Vampire Queen Classic Reprint was remastered to produce a much cleaner print with the same content (it also features a reproduction of the cover art from a later printing). Anyone who purchased the DMs Guild version can upgrade to the Classic Reprint for only $1 (contact Precis Intermedia at pigames.net if you didn’t receive an email).

Palace of the Vampire Queen: The strange history of D&D’s first standalone adventure 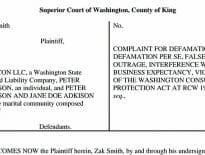 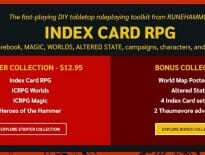