You are here: Home / Geek Stuff / The RPG industry reacts to the Zak S with bans and donating commissions to charities

The RPG community is reeling with the revelations. There have been accusations made against Zak S in the past but this time the industry has widely adopted the stance of we believe the victims, and people are taking action.

In a thoughtful blog post the CEO of OneBookShelf and DriveThruRPG, Steve Wieck, has announced his company will not accept any more products from Zak S.

The question, then, is what about the books currently being sold and from which Zak S may be making money. Wieck had this to say;

For titles currently on our marketplace in which Zak is listed as a contributor, we have checked those publisher accounts, and none of these titles have us paying money directly to Zak. While it is likely that Zak does earn a royalty on some titles sold on DriveThruRPG, any such royalties would be paid directly by the publisher of the title, not by DriveThruRPG.

Further, whatever royalty Zak might get from any publisher on our store is unlikely to be the entirety of what we pay that publisher. We do not feel it’s fair to penalize financially those who worked with Zak in the past, including both publishers and possibly other contributors earning income from these titles. Therefore, we expect publishers to make their own decision to continue selling these titles or not, presumably after consulting with all other contributors.

DriveThruRPG are going further. They have identified all the titles in their system to which Zak has contributed and will be giving all their revenue share of their products to RAINN, a charity that takes action against sexual violence.

Wieck and his team are also aware of how controversial their action might be and prepared a small set of considered questions and rebuttals. One of these rebuttals is around DriveThruRPG’s ‘right’ to ban certain creators. They say;

So DriveThruRPG is now banning certain creators? Will whoever the “outrage brigade” complains about next be banned as well? We all share a responsibility for the health of our hobby. Any demographic measure we’ve ever seen on the roleplaying hobby shows women are under-represented. Things won’t improve if people shirk the responsibility to make our hobby inclusive.

Zak Smith has a long and well-documented history of behaviors antithetical to a healthy community. In light of recent allegations, which we find credible, we think our business and our hobby is better off without him, so we’re doing our part.

We already have a small list of other bad actors in the industry with whom we refuse to do business: people who have repeatedly abused crowdfunding platforms for personal enrichment, who repeatedly engaged in IP violations, who have repeatedly treated our staff or customers in unacceptably unprofessional ways, and so on. If you repeatedly act like a jerk (or worse, a predator), we won’t wait for other people to complain about you. We’ll just quietly stop doing business with you.

ConTessa is a roleplaying gaming space for women, people of colour and the LGBTQ+ community to take leadership positions. In a demonstration of just how harmful whispers can be, they have had to deny any involvement with Zak S.

We, as an organization, apologize for any misconceptions that Smith’s past relationships with members of the board of directors of ConTessa, and ConTessa staffers may have created in gaming spaces. But, officially, ConTessa neither supports nor condones the past or present actions of Smith, on or offline.

I completed and submitted my two sections for Zak’s game DEMON CITY before Mandy’s post appeared. I have no desire to punish innocent Kickstarter backers by refusing them a product they paid for, so those sections remain in Zak’s hands to do with as he wishes. I am donating my pay for this book to Connections for Abused Women and their Children (cawc.org), a Chicago domestic violence charity.

Hite goes on to say he will not work with Zak again.

People whose opinion and knowledge I value tell me that Zak has used my reputation to cloak his behavior, which I understand is a common element in habitual abusers. I played a role both actively and passively in enabling his behavior, and I regret that I was not able to come to this realization sooner.

In a blog post The Gauntlet reminds readers they have a long history with confronting Zak’s abusive behaviour.

The Gauntlet will no longer provide coverage to Zak S or his publications. Due to the fact he has a history of harassing Jason and other members of The Gauntlet, we have had a longstanding ban on having him on our podcasts, and he has never been welcome in our community spaces. We will be extending that ban to any kind of coverage of, or participation in, his ttrpg work.

Please remove the phrase “Chinese whispers” from your article. It undermines the message of tolerance and inclusiveness and respect throughout the rest of the article.

Oh my goodness! You are absolutely right and I’ve made that change straight away.

I’m shocked that I’ve been using that phrase without ever considering its origins. It saddens me how much everyday racism permeates our language and reminds me to be more vigilant in the future. 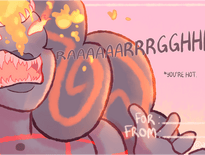 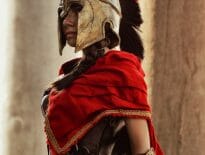