You are here: Home / TV / Anime / How a Realist Hero Rebuilt the Kingdom (and falls into an arranged marriage)

Not to be mistaken for The Genius Prince’s Guide to Raising a Nation Out of Debt which is about a prince of dubious ethics saving a nation’s finances, How a Realist Hero Rebuilt the Kingdom is an Isekai in which a hero is summoned, given a kingdom to rule and a fiance.

To rescue this kingdom’s finances and presumably help the fiance, our hero calls on the aid of several intellectuals, and I think it is these characters we see in the trailer.

The anime will air in Japan in July. Directed by Takashi Watanabe and made by J.C. Staff, the show has been picked up by Tokyo MX and others. We’re yet to hear of a streaming platform taking it, but it’s not impossible.

J-Novel Club has the license for the English language manga and they have several volumes on comiXology which suggest some success.

Here’s how they describe the show;

“O, Hero!” With that cliched line, Kazuya Souma found himself summoned to another world and his adventure–did not begin. After he presents his plan to strengthen the country economically and militarily, the king cedes the throne to him and Souma finds himself saddled with ruling the nation! What’s more, he’s betrothed to the king’s daughter now…?! In order to get the country back on its feet, Souma calls the wise, the talented, and the gifted to his side. Five people gather before the newly crowned Souma. Just what are the many talents and abilities they possess…?! What path will his outlook as a realist take Souma and the people of his country down? A revolutionary transferred-to-another-world administrative fantasy series starts here! 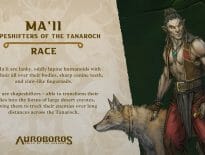 Tabletop & RPGs Ads of the Serpent: How Warchief Gaming promoted A… 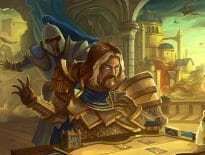