Ever notice that the dynamics of your campaign can change?

Like you can have a run of really spontaneous sessions that everybody loves, and then, a few weeks later, it feels like the campaign is a bit in a holding pattern.

Don’t worry, you aren’t doing anything wrong. The social group of players has moved into a different stage of social grouping.

These shifts are natural, but if not noticed, they can sometimes lead to an RPG group’s dissolution.

But helping your group on to the next stage of development can really change a game for the better.

Today we are going to look at a model of social dynamics that I have always found useful to apply to apply to player groups throughout a campaign – Tuckman’s Forming-Storming-Norming-Performing.

You Must Gather Your Party Before Venturing Forth

Developed in 1965 by psychologist Brian Tuckman, the model posited that all groupings of people move through four stages of development and an inability to move through these wheels causes the group to fail as a social construct one way or another.

I have found that while this true of players in an RPG group, it is also useful to apply it to the PCs within the game too. So let’s dive in and have a look at how this works by deconstructing each stage.

What is It?: In the model, the group agree to form and tackle challenges, working independently to begin with but often on their best behaviour so as to earn where they fit within a group structure and what their role is.

In an RPG: This begins at session zero and moves through the first few games. As the players get to know each other or how the new dynamic of their characters works, there is a period of ‘settling in’.

Were It Can Get Stuck: If a group never feel comfortable enough with each other to move beyond their basic unchallenging behaviour, the group can feel a bit disjointed, like none of the people in it really know each other or want to work towards anything. Or one person prepared to risk conflict takes over the group by default.

How To Help: In an RPG setting, moving on from this point is not too difficult but just involves making sure you give players things that start to move them into more complicated decisions that push their characters in unprepared for directions. Give space to each character to have a moment to define themselves and challenge their character concept a little. This gives everyone an investment in the story and brings them to a place where they are comfortable being a bit weird with each other.

What is It?:  As preferences, hierarchies and status start to assert themselves, a group who feel more comfortable start saying and doing things that move them towards internal conflict as they chip the edges off each other to form a more productive whole. This might manifest in small ways or large ones.

In an RPG: Usually, this will suddenly happen where some players pull in different directions, often over a story point or decision that must be made. It can also be characterised by a group suddenly going all out wide screen action for a while, with madcap plan or idea after madcap plan until everyone is exhausted.

Were It Can Get Stuck: While storming can be a great place for an RPG to hover for a while, tipping points between PCs, an unhealthy version of this can easily end groups as someone takes their viewpoint too far or the wheels come off the play, with mood and tone sacrificed. Sometimes people are just tired of conflict.

How To Help: The healthy version of this is the table as a safe space where there isn’t judgement, so try to allow ideas to have time to land and occasionally check the temperature of the playgroup in case disagreements between PCs isn’t also between players. Strong leadership on what can fly is often great during this stage as you begin to establish acceptable norms, so be prepared to say ‘no’ occasionally in order to set some hard rules at the table.

What is It?: Tolerance has been achieved; the group have a common goal and are prepared to work together to get to that. Everyone’s ideas are given weight, and people accept each other’s flaws.

In an RPG: Well, in a playgroup, this can happen between moments of in character drama but also is a thing to work towards where the group know how to work together. The character relationships are established.

Were It Can Get Stuck: This is the moment where it can start to get boring and become everyday progress where no one does anything too dynamic. In a working environment, that isn’t too bad, but in an RPG setting, the feeling of ‘sameness’ can actually stave a campaign and rob it of creativity. It’s very easy for players to feel like a game is the same thing day-in, day-out.

How To Help: Keep introducing new elements that ask questions of the status quo of the group. It can be as simple as an NPC who travels with the group for a while and upsets the social dynamic of two PCs in some way. . Or you can shake up the campaign a bit more and destroy something permanent. Either way, your intent is to push the players to a new place. Either they will drop back into a place of storming and then re-norm or the will push to a stronger place and start performing.

What is It?: The group members now know each other well enough to support each other and are very invested in solving problems and are able to make decisions on each others behalves.

In an RPG: This is the sweet spot where the group all feel like a family who have been through stuff together and not only respect each other but can face any challenge.

Were It Can Get Stuck: This is where you want to be, and it can feel amazing to have a game that fires on these cylinders all the time. But at some point you need to feel like it is going somewhere or you are going to start to atrophy. Progress needs to keep being made, or the group will drop back into an earlier stage.

How To Help: You need to keep the plot moving, preferably with the input of the PCs shaping things in a positive direction. Let them kill important villains, save people, affect change. Start the process of thinking about where the game might end. Is it where you first thought? Should it be soon? Or is this sustainable? Have you got lots of places for the game to go?

As you can see, the Tuckman model is a useful tool for us when we are gauging how a campaign is moving from a social standpoint and can help us see what to do unstick a game that seems to be headed for repetition. I hope that’s been a helpful journey for you. And now I will be adjourning. But we will soon be re-forming on a new topic, so please don’t be mourning.

Creative Commons credit: NEO: Lightbringer by xardax2000, Dungeons and Dragons group commission Art by feintbellt and The Fall of Lordaeron by Jason Wang. 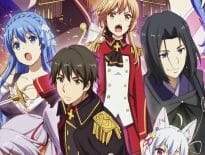 Anime How a Realist Hero Rebuilt the Kingdom (and falls … 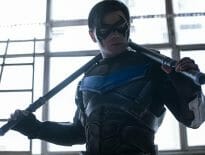