You are here: Home / Games / Tabletop & RPGs / Genre Police: Dialling Back In

Consistent readers of this column might remember my ‘dials series‘. I identified some elements of roleplaying games we took for granted and then examined what would happen if we moved those assumptions, creating different types of games.

I then launched into a series that examined those assumptions – Continuity, Longevity, Duration, Time, Narrative and Characters. But there’s a problem. I hate to admit it, but I have been thinking about dials again.

I know, I know, the idea that I could be wrong has thrown you all into great confusion. The last few articles looking at players as a resource have made me think about how one of the dials you can turn up and down is the number of players you have at your table.

Sounds really obvious, right? That’s why I am so surprised I missed it. I guess it’s because it is a decision you make early on and then can’t change. This is what makes it so vital to discuss – get it wrong, and you can kind of end up stuck with it.

The number of players can really be one of the most important decisions you make as a GM and can actually affect your ability to play.

Some people I know are really good at handling massive player groups and making sure people have a great time. Others are bad with five but excel at stories with one or two players. Each person has a specific number of players they are really comfortable with. You’ll know it because suddenly, everything you are driving for in a game clicks into place.

Being aware of these preferences and how they change you are as a storyteller is really important to be perceptive of.

For me, the type of story I can tell with 3-4 players and 5-6 are very different things, with the lower number having a greater focus on individual stories and the higher meaning that the story of the players as a ‘team’ tends to be the focus.

Knowing this, I tend to take countermeasures against my own styles, adding more bonding moments into a 3-4 game and more moments for each character in 5-6 games.

It’s also important to note that operating outside these numbers is completely possible.

My preferred numbers for a game is 4, but I have great games that often feature 6 players. I’ve run good games for more and less, including a solo game or two and a 13 player game. You just have to be aware of what changing the numbers is going to do for your style.

So, to begin with, let’s check out what happens when you change the dial up to lots of players.

Big groups happen for many reasons, either as a gradual increase of interested players or you putting out a call and getting more interest than expected.

If you are running for a big group of players, here are some of the things you need to think about

Party Atmosphere: There’s going to be a lot of people, and the ambience is going to be very like being at a house party.

Once you get that many people around an event, different social rules take precedence, and people fold off into smaller groups to talk. Just roll with it a bit.

Don’t go for single gentle scenes that need everyone to listen, instead hit the ground running and when the pace looks to drop, switch to a different person. You need to almost hold court on this one, asking the mass of people a question loudly rather than focusing in on the event.

You also don’t have time to deal with people who have decided to talk amongst themselves; focus on those paying attention and those looking left out. The talkers are still enjoying themselves and will come back to you when ready.

What About Focus Time?: So normally, as a GM, you would try to give roughly half an hour of focused storyline time to each player – which is fine when you have a group of, say, four. But if you have 8, that’s a four-hour session before you begin. If you had eleven, you have to play for five and a half hours to get that.

The best bet to ensure people still get the spotlight on them and feel like they played is to split the big group into smaller groups by giving them lots of small tasks to do.

Then players can have time together and roleplay with each other, maybe people they haven’t interacted with properly for a few sessions. Then slowly, smaller dynamics build to a larger picture of the group, but everybody has had time. Half an hour on groups of two doing tasks together is still a valid way to do this.

Massive Events…: When you do action, make it massive and sprawling. Dedicate a whole session to it. There are loads of people in the group, so provide them with a decent threat.

Destroy cities, have a massive encounter.

The group have like eight brains and a variety of resources at their disposal. Just make it feel epic. Think in widescreen shots. Let them go crazy with ideas and riff off each other.

…Where everything takes forever: Don’t expect to move quickly, even in action.

Things that take reasonable time might drag, so you need to keep the energy up and make sure people are being decisive if you are in the middle of something that takes turns.

It doesn’t hurt to tell people you think the game would run smoother if you knew what they were going to do one their turn and planned in advance. It’s possible they haven’t ever thought of this, so telling them might be revolutionary.

Debate Clock And Caller: With big groups, debating a course of action could take forever. It’s probably advisable you take a leaf out of very old school DnD groups and have a caller – a member of the group who is in charge of telling the GM what the group do as a whole.

A good way to do this is when the group has a decision to make, let them all talk for a bit and then say you are starting the timer. By the time five minutes has passed, the caller must tell the GM what they are going to do, the group have time to make ‘closing arguments.

If the caller is obviously going against all of the group’s wishes, the GM can tell them so, but it makes the process more clearly streamlined. At the end of a session, the GM should rotate the caller duty to another player unless the caller hasn’t been used.

I hope that helps with big groups. Next time, we will talk a bit about what happens when we turn the dial down, player-wise.

Creative Commons art credits: Female Warrior by thedanddmon, The Battle of the Five Armies by Ozakuya, Fantasy Chest by Dafne-1337art and Fallback by Theme Finland.

Genre Police: Dialling Back In 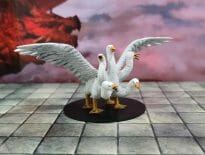 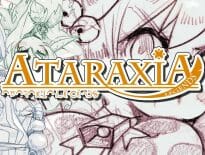