You are here: Home / Geek Stuff / What if… Nerf supplied the guns for popular computer games?

Hasbro’s Nerf toy gun range has a place in the heart of many geeks. These colourful plastic guns fire foam darts, don’t hurt that much, but, youch, a direct hit certainly stings!

As a result, I find they’re generally used in office skirmishes between programmers.

But what if the weapons used in some popular computer games were Nerf guns? The Toy Zone has helped us imagine!

Make your own Nerf Mod?

Repainting your ebay purchased second-hand nerf rifle is an integral part of modding, of course, but Geek Native’s tip is to look at sugru as mouldable and sticky clay.

You can change the shape of handles, triggers and sites with it. It’s even possible to attach rods and other lightweight items to your Nerf with it.

What if… Nerf supplied the guns for popular computer games? 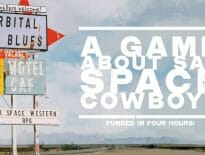 Music Orbital Blues: A space-western RPG during an era o… 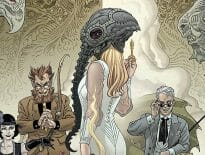