You are here: Home / Games / Tabletop & RPGs / Orbital Blues: A space-western RPG during an era of hyper-capitalism

Orbital Blues: A space-western RPG during an era of hyper-capitalism

SoulMuppet Publishing is already at double their Kickstarter target for Orbital Blues, a space-western set on an interstellar stage at a time of hyper-capitalism and a cut-throat gig economy.

Characters are outlaws with a ship and crew who tussle for jobs on the backstreets of terraformed metropolises. You can see the latest total and join the campaign on the project page.

Orbital Blues is a love letter to off-beat sci-fi, vintage music and old-school cooperative style roleplaying. It’s rules-light and channels the spirit of Cowboy Bebop, Firefly and Guardians of the Galaxy.

THIS IS AN UNPARALLELED AGE. A galactic age.

An age of bounty hunters, vagrants and bleeding-heart outlaws.

This is the NEW REBEL ERA, and the only thing worth a damn is the sweat off your back, the bullet in your chamber and the fuel in your tank. The galaxy is a lawless expanse, known as the FRONTIER GALAXY, and you are an INTERSTELLAR OUTLAW. Together with YOUR SHIP and YOUR CREW you have to eke out a living in the Frontier Galaxy, and chase down the intergalactic dream of freedom and success.

The book will be printed with two different covers; a night cover and a day cover; pick the vibe you want.

A cassette tape LP is also planned, part of the hommage to the vintage music that inspired the game. Tabletop writer Chris Bissette is also a musician and has created the album.

It’s a pledge of $10 to get the PDF and any digital stretch goals. You also get an MP3 file of all that lovely music.

The default cover, the day cover, for the physical book, the PDFs and MP3 requires a pledge of £25. That night cover is more exclusive, and you need to step up to £40 to unlock it.

At the time of writing, about 1 in every 4 people have gone to the night site, if you compare those two tiers.

You pick the cover and get the cassette plus GM screen with a pledge of £60.

No matter which tier you go for, SoulMuppet expect to deliver the campaign in August this year. Backers in the States have Exalted Funeral involved to support with logistics.

Orbital Blues: A space-western RPG during an era of hyper-capitalism 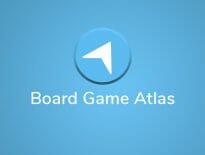 Sites Board Game Atlas calls for critics ahead of review… 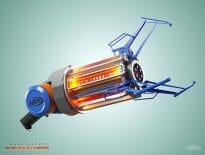