You are here: Home / Games / Tabletop & RPGs / It hates you: The Darkest House invites you in

Monte Cook Games promised us a new type of RPG product with The Darkest House. The campaign launched last night has funded already, so we can take a look at the Kickstarter.

The Darkest House is designed to be run from your computer. You can copy text to be shared with players with just a click, and hyperlinks zip you from section to section. If you’re old enough, it may remind you of HyperCard applications. It’s going to be a brief campaign, and there are just over two weeks on the clock at the time of writing, so check out the pitch page early.

At its core, The Darkest House is a roleplaying game. It uses the House System, and that’s designed to let you convert whatever system you’re currently using to it so players in your current campaign can venture inside the House.

You can download previews of the software (which will be accompanied by PDFs for your players) for Mac and Windows.

That house on the outskirts of town, sitting empty behind a crumbling wall. The one people whisper about. The one that has gone unlived in for years. Sometimes a few hearty souls creep in, it is said, to see what treasures or secrets they can find. Most find nothing—just an empty old house. Some return shaken. A few don’t return at all.

The Darkest House is a horror scenario designed for online play. It is possible to run as a campaign but really designed as a substantial encounter for your current game, whatever the system you’re using.

Monte Cook Games say it takes about five minutes to convert your current character to the House System, and that’s worth doing as the system is designed for the House. Characters that escape will likely do so with some Doom, and there will be consequences for that.

A pledge of $45 (about £33) will unlock a complete copy of The Darkest House while one of $85 gets you that, the Kickstarter exclusive The Devoured Halls, the director’s commentary tour of the House with Monte and an exclusive digital art book.

Those are the only two reward tiers, and at the time of writing, nearly 750 backers have gone for the more expensive level compared to almost 200 who have pledged for the first.

It hates you: The Darkest House invites you in 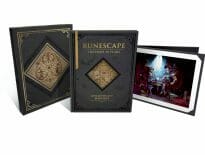 Books Dark Horse on board to publish RuneScape: The Firs… 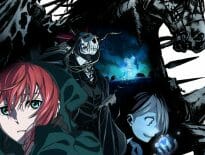