Megabolox is an anime about an underground fighter who relies on his own physical abilities to take on machine-enhanced boxers in the first Megalobox tournament. It streamed on Crunchyroll.

Funimation have announced that thanks to their partnership with TMS Entertainment they’ve got the sequel.

The latest English subtitled trailer brings us up to speed. TMS describe the sequel;

In the end, “Gearless” Joe was the one that reigned as the champion of Megalonia, a first ever Megalobox tournament. Fans everywhere were mesmerized by the meteoric rise of Joe who sprung out from the deepest underground ring to the top in mere three months and without the use of gear. Seven years later, “Gearless” Joe was once again fighting in underground matches. Adorned with scars and once again donning his gear, but now known only as Nomad…

The original cast has returned for this series, and new characters added.

Crunchyroll, in the UK, still has Season 1 on the platform where it gets an average 5/5 over 13 episodes. 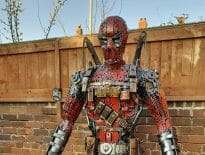 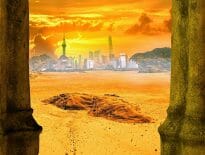