Megalobox 2: Nomad is the sequel to the boxing anime in which Gearless Joe fights his way to the top.

The latest trailer has English subtitles.

TMS Entertainment, who are helming the project, describe it as;

In the end, “Gearless” Joe was the one that reigned as the champion of Megalonia, a first ever Megalobox tournament. Fans everywhere were mesmerized by the meteoric rise of Joe who sprung out from the deepest underground ring to the top in mere three months and without the use of gear. Seven years later, “Gearless” Joe was once again fighting in underground matches. Adorned with scars and once again donning his gear, but now known only as Nomad…

The trailer suggests many of the old cast and crew are turning, including Yoshimasa Hosoya as Joe/Nomad, Shiro Saito as Gansaku Nanbu, Michiyo Murase voices Sachio, while Hiroki Yasumoto is back as Yuri.

The first series was run by Crunchyroll in 2018. 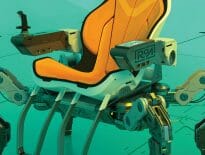 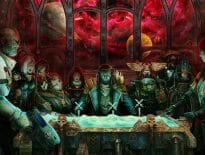