Looking for a blog series that reviews episodic anime (or the occasional full-length movie), both old and new? Welcome to Irregular Reconnaissance.

As the name implies, the Irregular Reconnaissance scout report on anime shows is ready when it’s ready. Typically, you’ll find five shows in a single report, and at least three episodes of each have passed since the previous review.

What you won’t find are spoilers. That’s a fine line to walk at times, as the goal is very much to let you know how the anime is progressing.

Ultimately, the last two lines of each anime review tell you the same two things; where you can find the anime to watch it for yourself (geography allowing) and a quick rating.

You’re also welcome to leave your own reviews in the comments below. It’s a brand new comment system too. Stick clear of spoilers, though.

It feels like betrayal is part of the Naruto legacy, and I keep on waiting for the big shoe to drop in Naruto.

The little shoe dropped instead, and it still hurts. It’s a minor character who has joined the baddies. It’s a testament to the show’s storytelling that we know who this person is, why it matters and how the others might be feeling.

The sinister organisation that the Leaf Shinobi are up against are divided into two; Outers and Inners. It’s an excellent structure as it means those Outers can be quickly built up and then sacrificed on the altar of the plot. If they’re monsters, then that doesn’t necessarily reflect on the Inners. That is, of course, to contrast that monstrous power against the even more extraordinary abilities of the Inners.

I can’t shake some questions, though. Where were these people during the war? And why does no one know about them?

I told a friend that I enjoyed Pacific Rim: The Black. The response? The second movie spoilt the franchise for me.

Ah, yes. I see where you’re coming from. I’ve some good news then. I think Pacific Rim: The Black helps with that. Just a little. The sliver of hope the anime provides is the willingness to build some mythology for Pacific Rim, reference the sequel’s events and hint to greater significance.

I’m not even going to suggest there’s a surprise twist as that particular revelation has been visible and evident for many episodes now. It creates more questions than it answers and is powerful bait for season two. Let’s hope that happens.

When I admit that I watched Thus Spoke Kishibe Rohan when it landed on Netflix and then pretty much forgot to include it in an Irregular Reconnaissance report until now, then it’ll reflect more harshly on the show than is fair.

I did forget about it, but that’s because there are only four episodes. It’s gone in barely over 90 minutes.

Pretty much everything here is weird. Thus Spoke Kishibe Rohan is a spin-off from a JoJo’s Bizarre Adventure arc that Netflix hasn’t shown yet. We don’t know who Rohan is.

These four episodes are, well, ghost stories told by him.

Good news, you don’t need to know who Kishibe Rohan is or even anything about JoJo’s Bizarre Adventure (although it does help with the final episode) to watch the series.

Tiger and Bunny came out in 2011, 10 years ago, and I haven’t seen it yet. Since Netflix added it to their catalogue recently, I took the chance to catch up.

My experience so far has been a bit of a u-curve. I thought the first episode set things up nicely; superheroes competing to catch criminals in a reality TV show earn them points. The background was amazing too, a wonderfully detailed and realised city.

The next few episodes are much weaker, and I nearly gave up. I was, admittedly, using the show as my post-midnight attempt to calm the brain down into a sense of sleep. Listening to people moan, rightly or wrongly, about their lot in life wasn’t that appealing.

I’m glad I stuck with it, though. Slowly but surely, we’re getting to know the other heroes, and you could argue this is a better way to “build the adventuring party” than the traditional meet them one episode at a time.

Next, I hope, comes some plot.

Status: Average, showing hints of what made it famous.
Where: Netflix

There are many reasons to be frustrated at High-Rise Invasion. My main grumble is this; it had potential, and it let us down.

We’ve a plucky schoolgirl summoned to a strange world of towering buildings connected by rope bridges, and yet vertigo was never once explored.

She’s harassed by masked serial killers, except she never is. Not really.

Then the show starts to build up mythology only to break each rule a few seconds later. Was this a manga that they condensed badly? I don’t know, but it has that vibe.

Episode 10 is the last one, but it’s hardly an “end” to the series. The show just kinda stops after parodying itself with an emo-hulk of a Mask.

Status: Below Average.
Where: Netflix

Signing off on this collection of mini anime reviews. There’s a mix of old shows and new in this week’s contribution and lots to look forward to in the forthcoming seasons. Have you found any shows that you think are hit or miss? Let us know in the comments below or in the Geek Native Discord. 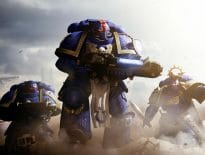 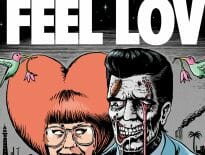 Comics Not for your parents: I Feel Love
wpDiscuzComment Author Info
Manage Cookie Consent
This site uses cookies 🍪, and links are ads that may earn bloggers some money 💰, and with this alert, I very much hope that these dark truths 🧌 are acknowledged.
Manage options Manage services Manage vendors Read more about these purposes
Preferences
{title} {title} {title}
Loading Comments...