You are here: Home / Games / Tabletop & RPGs / Palace of the Vampire Queen: The first commercially-published D&D adventure goes back on sale

Wizards of the Coast have made Palace of the Vampire Queen available as a $3.99 purchase on DriveThruRPG.

It’s an adventure with its own Wikipedia page. Why? It was published by Wee Warriors in 1976 and is the first standalone adventure to receive such treatment. It’s the first commercial adventure supplement.

Designed by Pete Kersetan and Judy Kerestan, the Palace of the Vampire Queen follows TSR’s Temple of the Frog, but that adventure wasn’t a standalone, as it came in the Blackmoor expansion.

As it happens, in 2019 Precis Intermedia picked up the rights to the Wee Warriors product line and republished Palace of the Vampire Queen as well.

The Precis Intermedia version is 26-pages long, $4.95 and still on DriveThruRPG. In contrast, the WotC re-release is 25-pages at $3.99. The difference is likely to be an introductory page or similar.

For three centuries, the peasants of the Dwarvish island of Baylor have feared the raids of the Vampire Queen and her minions. Sweeping down at night from the palace in the shrouded peaks of the island, they range ever farther in their search for blood. The most recent victim was the Princess of Baylor, daughter of King Arman, who was taken in a midnight raid. King Arman has offered fabulous riches and land holdings with titles to the person or persons who can brave the stronghold of the Vampire Queen and return his daughter to him alive and well.

Can two different publishers both have the rights to the same adventure?

Palace of the Vampire Queen: The first commercially-published D&D adventure goes back on sale 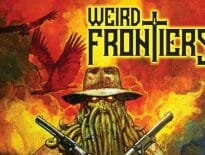 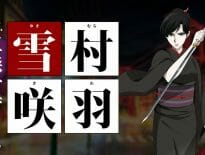