You are here: Home / TV / The Nevers: HBO gives us a look at their all Victorian woman superhero show

Joss Whedon is no longer part of HBO’s The Nevers, stepping down and being replaced by Philippa Goslett. A British screenwriter for an all-woman Victorian era superhero gang? Okay, that works for me.

While Whedon has moved on, it’s his words we have to give us some insight into the show and back at Comic Con 2018, this is what he said;

They, themselves are not called that [The Nevers] in the show. It’s a phrase that’s meant to evoke a sort of reaction to their oddity, to what is considered unnatural. The idea that you should never be like this, you should never have existed. Something is not the way it should be, and you don’t have the right to have whatever weird power or ability that you have. And that idea, that some people are not of the natural order, is fascinating to me. I don’t agree with it. But to me, it’s one of those things where you take something negative, and you wear it as a badge of honor, basically. Certain things could never happen – they’re happening. And the people they’re happening to are taking their place in the world.

The series is due to air in April.

The Nevers: HBO gives us a look at their all Victorian woman superhero show 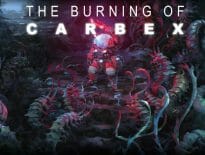 Tabletop & RPGs Preview The Burning of Carbex: A Mothership compat… 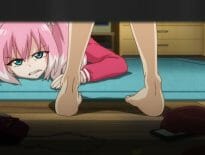