You are here: Home / Games / Tabletop & RPGs / The 5e-powered Beowulf RPG will be ready this month

Handiwork Games have shared an art preview from their upcoming 5e-powered Beowulf RPG and confirmed the game will be ready this month. Print books, which take longer, of course, are estimated for March.

Beowulf has been designed with duet play in mind. One GM and one player.

The 256-pages of rules and art adapt the traditional D&D experience to tell epic tales for just one hero. The game introduces new style companions and is based on what might the oldest story in Europe; Beowulf.

An art preview of the game includes work from Jon Hodgson, Scott Purdy and Jan Pospisil.

Dragon of the Air

An introduction to Beowulf RPG, The Hermit’s Sanctuary is a free download on DriveThruRPG and an ENnie nominee.

The Hermit’s Sanctuary has been so well received, in fact, that Handiwork Games went the extra mile to make it available as a print-on-demand softback (which isn’t free).

Beowulf raised nearly £40,000 on Kickstarter, from around 850 backers and gave January 2021 as the estimated delivery. That puts the project more or less on track, with a slight, no doubt lockdown induced, delay on the print books.

The 5e-powered Beowulf RPG will be ready this month 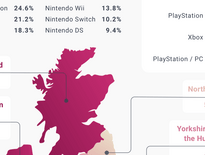 Games In lockdown Britain, younger gamers are falling in… 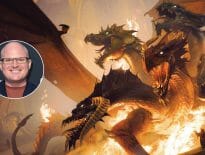 TV More details on the D&D TV series emerge as J…
wpDiscuzComment Author Info
Manage Cookie Consent
This site uses cookies 🍪, and links are ads that may earn bloggers some money 💰, and with this alert, I very much hope that these dark truths 🧌 are acknowledged.
Manage options Manage services Manage vendors Read more about these purposes
Preferences
{title} {title} {title}
Loading Comments...