You are here: Home / Games / In lockdown Britain, younger gamers are falling in love with computer RPGs

Retailer Currys PC World has concluded some research into the computer gaming habits in the UK.

Gamers are now the majority. 52% of Brits identify as gamers. However, only 1 in 10 would describe themselves to be “avid gamers”.

Men are more likely to call themselves a gamer than women, but more women actually play computer games. Women prefer casual games, whereas men prefer sport. Computer RPGs, a category which includes MMORGs, is the fifth most popular, ahead of racing games, in the UK.

Gen Z, a horrible term for people aged 16 to 24, are especially fond of computer RPGs and 1 in 5 in that age group, say it is their favourite genre.

The survey also unearthed other interesting stats. Nearly as many people described cooking or baking as a hobby as they did gardening. Little over 1 in 10 work out, and more people listed social media as a hobby than socialising with friends outside.

In lockdown Britain, younger gamers are falling in love with computer RPGs 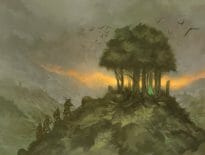