Now the designer, Tanner Yarro is back on Kickstarter with a whacky advert and another tabletop maps innovation; an immersive battle atlas. There are less than two weeks left to join 2,500 or so backers. You can find out more, or pledge, at the pitch page.

The video shows an am-dram level centaur interrupting a gaming night with an atlas of battle maps. The double-sided maps are covered so they can be marked with dry and wet marker pens, then cleaned, and live in a magnetically sealed box.

There are three different themed boxes available, which means a total of 120 battle maps in the Kickstarter, and there’s sticker books of place and peel modifications to the designs.

It’s hard to discuss the cost of the Kickstarter. Right now, only early bird deals are available. There are no non-early bird deals listed. Before the end of the day, though, those early bird deals will close, and presumably, Yarro Studios will make other tiers public as there are still two weeks on the project.

In the early birds, $49 will get you an exclusive holographic sticker page, 1 battle atlas (20 double-sided maps and a magnetic case), with digital maps for virtual tabletops provided too.

Step up to $80, and the early bird tier doubles the battle atlas offering and the holograph sticker pages.

Then, at $105, Yarro provides three battle atlases and three sheets of holographic stickers.

Higher tiers are available, and these provide multiple copies of the battle atlases collections.

It is expected the holographic stickers will be unavailable after the early birds but how the cost of the atlases might change is less certain.

In terms of add-ons, the full sticker book will cost $30. 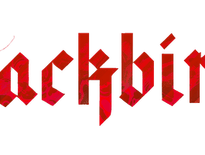 Tabletop & RPGs Blackbirds RPG gets an endorsement from Joe Mangan… 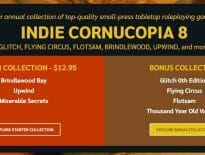 Tabletop & RPGs Bundle of Holding goes Indie for Black Friday and …
wpDiscuzComment Author Info
Manage Cookie Consent
This site uses cookies 🍪, and links are ads that may earn bloggers some money 💰, and with this alert, I very much hope that these dark truths 🧌 are acknowledged.
Manage options Manage services Manage vendors Read more about these purposes
Preferences
{title} {title} {title}
Loading Comments...