You are here: Home / Games / Tabletop & RPGs / The Wildsea RPG gets a reveal trailer

Regular Geek Native readers will be familiar with The Wildsea. We had the August free to download August playtest and the October news of a deal with publisher Mythopoeia and forthcoming Kickstarter. If, though, you prefer to scout out new RPGs by look and feel then this reveal trailer is an alternative starting place.

The Wildsea looks great and, if anything, this trailer only scratches the surface of what’s on offer. The world was taken over in a single day by a rapidly growing magical forest.

My reading of the playtest is that the setting has the potential to be very different from traditional fantasy, not just with the Wildsea itself but with exotic player character races. Given that the game is heading to Kickstarter then finding a sensible, appeals to as many people as possible, highlight of the RPG is probably a good idea, though.

You can already sign-up to be notified when the Kickstarter goes live through this upcoming project reminder link. It’s due just before Halloween, on the 28th of October.

Can’t wait? The most recent playtest is available for free (PDF link).

The newly aquired published Mythopeoia has a Wildsea page up too.

The Wildsea RPG gets a reveal trailer 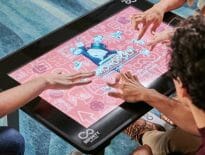 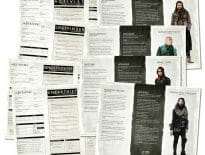