Felix Isaacs has released The Wildsea Free Playtest Guide (PDF Link) and it absolutely worth your time.

I don’t know whether the playtest guide will live at the URL forever, it may be removed in time. However, the RPG project home is TheWildsea.co.uk and you can follow the designer on Twitter at @Isaacs_Felix.

The Wildsea’s August playtest is impressive. It’s 58 pages long, wonderfully presented and fully illustrated. There are less impressive PDFs for sale for £15.

What is the Wildsea? I think the best thing to do is to use the opening five paragraphs from the RPG.

Some three hundred years ago the empires of the world were toppled by a wave of fast growing greenery, a tide of rampant growth spilling from the West. This event, the Verdancy, gave rise to the world you’ll explore as you play – a titanic expanse of rustling waves and sturdy boughs known as the Wildsea.

Now chainsaw-driven ships cut their way across dense treetop waves, their engines powered by oilfruit, ropegolems, honey and pride. Their crews are a motley, humanity’s weathered descendants rubbing shoulders with cactoid gunslingers, centipedal poets and silkclothed spider-colonies, humanesque slugs with driftwood bones and other, stranger things. Each has a role and a reason to be out on the wildsea, and it’s their stories – your stories – that this game is designed to tell.

The Wildsea hungers and grows, roots still questing down into the world’s depths as its waves ripple with life. Spits of ancient earth and the heights of old-world monuments now serve as ports, cities, farms and jails, each with their own laws and ways. The years after the Wildsea’s arrival were harsh, and by the time the arts of sailing and air travel were rediscovered most old cultures had splintered into new, often unrecognizable forms.

The economies of the verdant world are unpredictable and ever-changing, but there’s always value to be found for those willing to brave the perils of the wild.

That’s where you come in.

In the game, you are a wildsailor, part of a team dealing with wild beasts and all sorts of dangerous situations as you “sail” through The Tangle.

The system uses d6 dice pools to determine whether an action role ends with Triumph, Conflict or Disaster. Or whether there are any Twists.

The playable races of The Wildsea

The four core playable races of The Wildsea underline the game’s intent to explore weird (and dangerous) situations. They are;

The descendants of ancient humanity, forged by the disaster of the Verdancy. Just like their ancestors, The Ardent are diverse in appearance and culture, and they are survivors.

The Ektus are fibrous cactoids, and as with the Ardent they come in various shapes and sizes – generally tall, though.

Grown, rather than born, the Gau are sentient fungus. Surviving colonies of Gau send the young forth when they come of age, curious to what the world is like now.

A Tzelicrae is actually a hive-mind of spiders. Thousands of spiders may have shaped a humanoid form, or stolen one, or spun a frame from silk or poured itself into a suit of armour to wear like a hermit crab and its shell.

The Playtest Guide is not the full RPG, and there are pointers in the download which elaborate on what else you can expect to find in the core rules.

There are, for example, expanded rules on what happens when you roll a Twist by getting a double.

Felix started on The Wildsea three years ago. In a blog post from the start of 2020 the plan for the RPG is straightforward; 1) finish it, 2) Kickstart it, 3) promote it and then 4) release it.

I don’t imagine 2020 has gone to plan for anyone, but such a robust playtest is undoubtedly a good sign that we’re approaching the Kickstarter.

The August 2020 playtest for The Wildsea is currently available here and for free.

Have you tried The Wildsea RPG? Please let us know your impressions of the game (and which playtest it was) in the comments below.

Really appreciate the article! We’ve actually just updated the playtest with shipbuilding, to celebrate us signing a deal with a publisher – kickstarter at the end of this month, if all goes well! 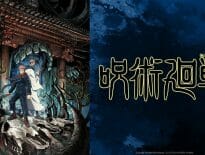 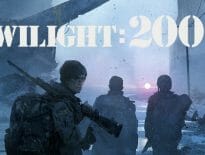