You are here: Home / Games / Tabletop & RPGs / Onyx Path brings Ghost Hunters for the World of Darkness to Kickstarter for its 20th Anniversary

In the World of Darkness, people do not believe in the supernatural and yet that one possible tear in the veil are ghosts. Maybe ghosts are real.

In Ghost Hunters, characters are paranormal investigators, sceptics and mediums in search of the truth. The Kickstarter has funded already, with 23 days still to run, and the goal of $20,000 well and truly met with more than $33,000 pledged. You can follow the progress on the campaign page.

There are ghosts in the World of Darkness. There is incredible supernatural danger, and perhaps that’s part of the attraction of being a player in a Ghost Hunters game. You know what you’re dicing with.

Ghost Hunters is not a standalone RPG. You need one of the following to bring it to life; and, of course, tailor the game to the setting you’re using.

A pledge of $20 will get you the PDF, access to the preview and mentioned in the supporters’ section. $5 will get you all that and a print-on-demand “at cost” coupon.

If you step up to $55 you’ll get the World of Darkness: Ghost Hunters Deluxe Hardcover book, the PDF, the coupon, the preview and your name in a more prominent section of the book.

The estimated delivery date for the digital version of Ghost Hunters RPG is May 2022. The physical book isn’t due until December 2022, which means Ghost Hunters doesn’t take the prize of being the first 2023 Kickstarter delivery date I’ve seen. That crown will be claimed soon, though. 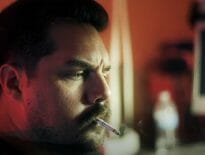 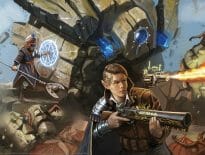