What’s multi-fantasy? Well, Godforsaken includes high fantasy in the style of Tolkien and Jordan, urban fantasy like the Dresden Files and Buffy the Vampire Slayer, paranormal romance, whimsical fantasy like Discworld, wuxia, sword and sorcery and gritty low-magic settings. That sounds like multi-fantasy to me.

In Godforsaken, Monte Cook Games provides a Cypher System game that can cope with this variety of fantasy realms. There are appropriate rules, character options, gear and a ready-to-use setting that capitalises on the breadth of fantasy options.

The rules offer up options for magic, often an essential element of the fantasy setting and the dungeon crawl favourites of treasures and traps.

New creatures for fantasy heroes to encounter include basilisks, liches, manticores, elementals and wyverns. These beasts are found in the Godforsaken Lands outside the protection and blessings of the gods.

To get gaming groups started, Monte Cook and Sean K. Renolds include two full-length adventures and three Cypher Shorts in the 224-page hardcover.

The free preview is available now, the printed edition of the book open for pre-order ($49.99) with a due date of late November, and shipping on pre-orders starting before that. 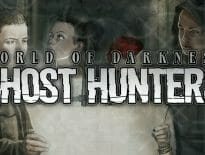 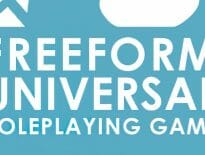