You are here: Home / TV / Anime / Funimation gets exclusive rights to Irregular at Magic High School

You have to go back a fair few years to find Geek Native’s Irregular at Magic High School scout reports in Irregular Reconnaissance but it scores well. The news that the anime would get a second season broke last year.

Made by Studio 8bit, Visitors Arc follows the events of the first season. Shizuku goes to study abroad, Angelina goes to Japan, and that’s when a “Vampire” starts to cause trouble for the magicians.

The main plot follows Tatsuya Shiba who is the intended heir to the Yotsuba clan, one of the ten magical lines, going to school to keep an eye on his sister. His talents so outstrip the other students that he’s an irregularity.

You can start a free trial for Funimation if you’ve not subscribed before.

Funimation gets exclusive rights to Irregular at Magic High School 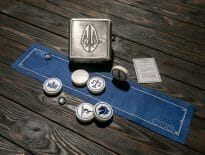