Can you recommend any anime treasures? Shows that you think are worth watching, but few other people have found?

What about shows that everyone else is talking about, but you think they are overrated? It happens.

The purpose of our Irregular Reconnaissance series is to help chuck out the overrated and discover those hidden gems. In this article, we’ll whizz through five different anime titles and give quick snapshots of each.

Got any tips of your own? Let’s hear them in the comments.

In the meantime, let’s get on with this week’s catch up. Let’s hope we don’t discover five prematurely abandoned shows.

Bungo Stray Dogs has three seasons under its belt, and I thought I was struggling my way through the first. On review, that’s not the case. I actually made it to season two. But I’ve not watched it for a while, and I’m not sure why not.

On the surface, Bungo Stray Dogs is excellent. The characters are compelling, novel and complex. They’re witty, engaging and exciting. It’s fun trying to work out what weird powers they all have and what weaknesses are associated with them. The plot is equally as ingenious.

Perhaps its the pacing that’s a bit slow for me or its the lanky illustration style. Maybe it’s me, I might not have given the show the attention it deserves.

Status: Currently on hiatus but I’ll make an effort to return to the show.
Where: Crunchyroll | Hulu | Amazon

BLASSREITER deals with strange creatures called Amalgams that seem to be able to merge with machines to commit murder and carnage. It’s set in Germany, mostly at night and uses CGI heavily whenever characters are zooming around on their fancy motorbikes.

I’m a petrolhead, so the lingering bike shots do nothing for me. As a result, I struggle a bit with BLASSREITER’s pacing. There are scenes designed to act as a pep-up that don’t pep me. I find the CGI a bit basic at times, too.

While this anime has slid from my radar in favour of more compelling shows, I feel it’s done enough to stay on the list in case I want something to watch but don’t want to watch anything new.

Status: On the substitute bench for now.
Where: Crunchyroll | Amazon | Funimation (some regions)

Wow, okay. I watched a full half-dozen episodes of Dies Irae without really working out what’s going on.

There are Nazi-like armies, monsters and I think at least two different worlds the story is taking place in.

Dies Irae starts off low key with a schoolboy fight but then we segway into weird guillotine dreams, murders and drama. I stopped watching it because I needed a break from the chaos and then never found my way back to it.

Status: On the subs bench, next to BLASSREITER, but more likely to return.
Where: Crunchyroll | Amazon | Hulu

What is this, and why is it in my viewing history?

Battle Girls – Time Paradox is precisely the sort of anime that I’d avoid purely based on the name. That’s not always the wise thing to do. We’re only one episode in and while there’s been skimpy armour there’s been very little in the way of fan service.

The premise has a struggling school girl, Hideyoshi, accidentally travel to a new world. This new world is a lot like the Warring States era of Japan, except everyone seems to be female. Oh, except for the talking dog.

Shows get at least three episodes (unless something drastic happens) and so, in fairness, I should return to Battle Girls – Time Paradox. Surprisingly, though, the first episode wasn’t terrible.

A novel mixture of madcap and sinister, Occultic; Nine is anime that grabbed my attention, took a break and then found itself superseded by the next shiny title. However, unlike Battle Girls – Time Paradox where I feel I should watch at least three episodes, I want to watch more of Occultic; Nine.

The attention to detail in some of the scenes is incredible. The backgrounds are stunning and often very busy. I think there’s a correlation. The scenes in Occultic; Nine are jam-packed, with the background art and with the dialogue. Our lead character, Yuta Gamon, talks at a million miles an hour. It’s tiring.

What’s the craziest thing about Occultic; Nine? That someone can earn money with a blog about the occult via affiliate links. I’m jealous, of course.

Status: Paused to catch my breath.
Where: Crunchyroll | Amazon

This Irregular Reconnaissance column happened to dominated by anime shows that had been prematurely parked. Have you reached the ending of any of them and, if so, do you think they deserved to be fast-tracked back to to the watch list?

Let us know your thoughts or pop over to Geek Native chat to catch up with the most recent discussions on the blog. 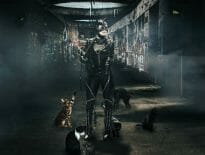 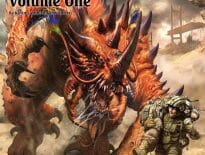