You are here: Home / Movies / Sink your teeth in: Venom 2 – Let There Be Carnage trailer

Sony has released the trailer for the Venom sequel movie. Venom: Let There Be Carnage will come to cinema screens in America this September.

There’s a Fandango holding page, but no ticket action yet.

Directed by Andy Serkis, Venom – Let There Be Carnage has Tom Hardy return and has Woody Harrelson in the role of Cletus Kasady and Carnage. We’d previously seen Harrelson in a post-credits scene in the first Venom movie.

Joining the two are Michelle Williams and Naomie Harris.

IMDB, which is maintained by users, currently suggests that Venom 2 will come to the UK and France about a week before the USA. That’s possible, especially in a post-lockdown world, but it would be unusual. It means British media would write the first English-language reviews.

The UK based Cineworld is currently listing the movie for June, which is unlikely.

Sink your teeth in: Venom 2 – Let There Be Carnage trailer 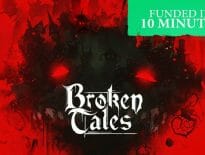