You are here: Home / Games / Tabletop & RPGs / The Dragon Prince is getting a Cortex Prime powered RPG

At [email protected] it was announced that Netflix’s The Dragon Prince was getting an art book, a graphic novel that follows on from season three and four more animated seasons.

It was also announced that The Dragon Prince would get a tabletop RPG powered by Cortex Prime. The RPG will be called Tales of Xadia.

Cortex has a history of powering TV and movie franchises (Firefly, BSG, Supernatural), although those deals are now over, and more recently was bought by Fandom who helped the troubled Cortex Prime Kickstarter finally deliver.

D&D fans may be especially interested in the news as Fandom is the company that runs D&D Beyond.

I hadn’t seen the brand “Fandom Tabletop” before this announcement, but then Geek Native does not get Fandom press releases. The YouTube channel for the trailer was created only a few days ago.

It’s hard to know just how hard Fandom will push on their RPG ambitions as, presumably, Wizards of the Coast is a reasonably important partner for them with D&D Beyond.

However, a job ad for a Poznan, Poland based Product Manager (Tabletop Ecommerce Team) makes it seem as if the ambition from Fandom is high.

Join the Tabletop RPG team at Fandom and work on digital companions for the world’s greatest roleplaying games. We are excited to take the next steps in realizing our extensive vision for Tabletop gaming—continuing to bring the most convenience, customization, and captivation to the TRPG community we can.

You will have the opportunity to directly shape and impact Fandom’s rapidly growing Tabletop RPG digital goods and subscription businesses. You will be focused on building e-commerce solutions—driving subscriber growth, increasing digital goods sales, and optimizing purchase funnels. You will deeply understand the customer’s needs and motivations. You’ll regularly work with other departments within the company (senior leadership, community, revenue, marketing, product, engineering, design, data and more) to assess needs and potential impact of projects.

The Dragon Prince is a popular title, one that taps into the growing anime market as well as the strong RPG market but it’s not without trouble.

As Polygon reports, several former employees at Wonderstorm complained that Aaron Ehasz, a co-creator, and the studio created an abusive work environment. No formal action was taken.

The Dragon Prince is getting a Cortex Prime powered RPG 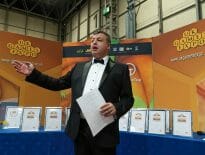 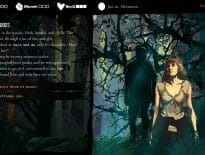