You are here: Home / Games / Tabletop & RPGs / Skullkickers get a new story and a D&D adventure RPG companion

Ah man, the subtitles in this pitch video alone make the Kickstarter worth watching.

The Skullkickers, those tough fantasy mercenaries, are celebrating their 10th (or 12th) anniversary and so Jim Zub and team are doing a new story, Caster Bastards and the Great Grotesque with a D&D adventure.

It’s going well. CA$22,300 is sought, and at the time of writing, CA$20,628 has been pledged. You might even be the one to take the campaign over the line. You can check out the latest totals at the campaign page.

The Skullkickers 10th-anniversary book, if successful, with be a hardcover. The story will be at least 30 pages and the D&D scenario at least 60.

You don’t have to have read any previous Skullkickers to use Caster Bastards and the Great Grotesque, but you will need a copy of D&D.

The team’s new book introduces a student social system, new spells, magic items, monsters and the Academy of Serious Sorcery and Holistic Occult Learning. The academy is why there’s a school social system.

It’s a pledge of just CA$14 (about £9) to get the PDF of Skullkickers Caster Bastards and the Great Grotesque. That’s due to ship in June 2021.

A pledge of CA$40 will get you the PDF and the standard edition of the physical book. If you step up to $89 your book is upgraded to the limited edition, you get a thank you, NPC cards, a double-sided battle map, digital wallpaper and avatar pack.

You can pledge even higher, and people have, including offering nearly $2,000 to appear in the comic. 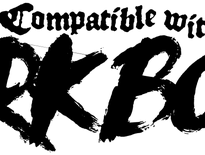 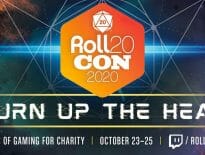