You are here: Home / Games / Tabletop & RPGs / RPG Bundle for Buffalo: Words are not enough

At times it feels like the world takes collective steps forwards and then backwards. Here in Europe, we have plenty of problems, but that doesn’t stop the collective holding of breath whenever news reports from the United States begin with “There has been a mass…”

In May, there was a mass shooting in Buffalo, and it targeted people of colour. On Itch, there’s now a Bundle for Buffalo.

Arranged by Leona Maple, with extra contributions from Action Fiction and PossumPunks, the bundle offers 180 games for $5.

Money goes to support Black Loves Resist in the Rust.

As the Bundle for Buffalo notes;

Words are not enough; “ally” is a verb — we must be actively anti-racist. And so, we created this bundle to support the victims and survivors through providing funding for Black- and Brown-led grassroots social justice work in the Buffalo community.

That’s important, sombre and worth reflecting on if this is the third charity bundle you’ve seen in as many weeks.

Black Loves Resist in the Rust describe themselves;

… a member-led, abolitionist organization of Black folk and POC that believe – through leadership development, a shared politic, and community organizing – we will build safe and flourishing communities that resist the ills of white supremacist, cis-heteropatriarchal, capitalism; including policing. We ground our work in these four pillars: Transformative Organizing, Healing Justice, Embodied Leadership and Political Education.”

Hullo, thanks you for this!!

I believe Lynne M. Meyer is the other organizer of the bundle, and the top quote is theirs.

Hey, thanks for the comment and you may be right. There isn’t a press pack for the bundle, not that I can find or be given, and I do not want to hassle busy volunteers for one. I’m working with what the bundle has made publicly available (or had when I wrote this) and I’m content that I’m promoting the good cause, not obscuring or hijacking it. Lynne’s retweeted the share and I’ve thanked her on Twitter so I’m also cool that they seem to be cool with it too. Hopefully, in the future, I can spotlight some of the… Read more »

RPG Bundle for Buffalo: Words are not enough 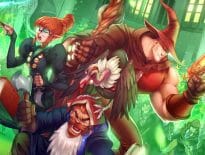 Tabletop & RPGs Caster Bastards and the Great Grotesque: The Skull… 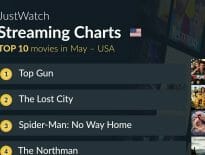