Roll20’s virtual conference is back and slated for October 23rd to October 25th.

Code2040, Roll20’s charity partner, will be the beneficiary of donations this year and is a group that works to end racial disparity in the tech industry. Roll20 has written about why they picked Code2040 as a charity in the past.

There will, of course, be virtual tabletop games hosted by Roll20 and an appropriate focus on Burn Bryte, the platform’s very own tabletop RPG. Panels, discussions and livestreams are also announced but the details of who and when are yet to be announced.

Roll20 is using a donation platform popular with Twitch streamers for their charity donations. You can use Tiltify.com to donate and see how much other people have given. The stats from a previous campaign, likely an earlier RollCon are still up and show that Roll20 raised nearly $7,000 for Code2040.

You can find Roll20Con and other geeky conventions, online and off, in Geek Native’s con calendar. 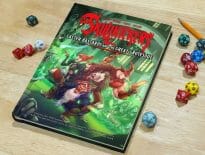 Comics Skullkickers get a new story and a D&D advent… 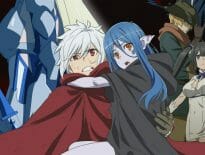 Anime Is It Wrong to Try to Pick Up Girls in a Dungeon? …
wpDiscuzComment Author Info
Loading Comments...