You are here: Home / Games / Tabletop & RPGs / Wanderhome charms Kickstarter with an RPG inspired by the likes of Brian Jacques and Hayao Miyazaki

Jay Dragon picked up a Judges Spotlight in the ENnies for their game Sleepaway. A little publicity and a lot of talent is a powerful combination. Timing helps too, as Dragon’s next project is a pastoral fantasy called Wanderhome that’s booming on Kickstarter.

The campaign asked for $18,000 to fund, which is a non-trivial amount for an RPG but with 27 days remaining, at the time of writing, there’s more than $80,000 pledged. You can follow progress at the campaign page.

There’s no dice in Wanderhome, and there need not be a Gamemaster either. The RPG uses the No Dice, No Masters engine from Avery Alder and Benjamin Rosenbaum. One player may, if that’s what people want, act as a guide.

In the game, characters are quirky animal-folk exploring the unique fantasy world of The Hæth. It was once ravaged by violence but now dares to imagine a better world.

Dragon says the setting and style of play is inspired by the likes Brian Jacques, Tove Jansson and Hayao Miyazaki and their description of some of the character options oozes with charm.

Wanderhome is a world filled with animal-folk and their buggy livestock. Unlike many worlds with animal-folk, there is no morality or judgement ascribed to the various animals of Hæth—a snake is just as capable of being a kindly farmer as a rabbit, and you can’t assume much about someone based on what animal they are. You might find a fluffy shepherd with a herd of bumblebees, a shrewish merchant riding a stag beetle the size of a house, a lonely fox riding a grasshopper from place to place, or a praying mantis that hangs out in a gecko’s pocket.

If you’re suffering financial hardship, then it’s a pledge of $10 to get a PDF copy of the game. Otherwise; it’s $25.

I’m always curious to know how those empathy offers are used or abused by backers, and I’m pleased to say that in my reporting of Kickstarters, it’s often the case that the full price RPG vastly outsells the other.

For Wanderhome, the ratio is closer to 1:1 but may well be a reflection of whom the game resonates with.

Softcover copies are available from $45 and up. 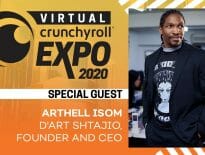 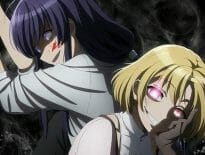