It will come as little surprise, but playing tabletop RPGs online using the virtual tabletop Roll20 has never been more popular.

D&D 5E is the unchallenged champion with 53% of all campaigns in Roll20 using the system and 58% of all players using it.

Those figures are up from the already impressive 2020 Q1 stats in which 50% of all campaigns used D&D and 56% of all players.

For the last The Orr Report there was some suggestion that old school style games were doing well, even though Blades in the Dark, Star Trek Adventures and Tales from the Loop which don’t tend to evoke such nostalgia were among the top 10 growing systems.

The top growing games for this quarter are mixed. Cyberpunk Red, which is only out as a quickstart ruleset, is up 148%, while Tormenta, a Brazilian fantasy RPG is up 129% and City of Mist, the superhero noir game, up 117%.

The ENnie Product of the Year, MORK BORG, makes the list but only just with 0.01% of games and players using the game, however, the Year Zero Engine, which powers the Alien RPG, winner of Game of the Year, does better at 0.17% (up 105% from the quarter before).

Roll20 was truly an international home for gaming this quarter. Players from around the world showed up in a myriad of ways – playing on the site, streaming tutorials and actual plays, and bringing a greater diversity to the systems and types of games being played. We saw growth from Tormenta, the popular and acclaimed Portugeuse RPG celebrating its 20th anniversary this year, Das Schwarze Auge, (The Dark Eye) a German language fantasy RPG, and Chroniques Oubliées, a French language fantasy RPG. 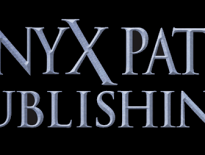 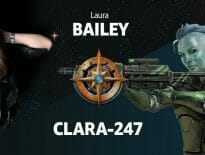 Games Amazon and Paizo launch Starfinder audio game
💰 Copper Coins 💰 Geek Native is an affiliate and may earn commission on purchases you make from third-party sites.
🍪 Privacy & Cookies 🍪 The site uses cookies to survive. By accessing the site, you agree to use your browser to control cookie use or take 1d4-3 privacy damage (tracking). If you defeat cookies via ad blocking, please consider the Patreon. An intro to cookies, and how to control them, can be found here. I Manage Cookies