If you have an Alexa or the Amazon Alexa app on your Android or Apple iOS device you can now say; “Alexa, open the Starfinder game!” and access Paizo’s interactive Starfinder audio game. You don’t need any experience with the sci-fi RPG to play.

The first three episodes were announced today with Nathan Fillion (Castle and Firefly) and Laura Bailey (The Last of Us Part II, Critical Role) headlining. They’re two of 13 voice actors in the game, cast by Audible Studios.

I am excited about this new take on entertainment. Voice command has become such a normal thing for us now as far as task-oriented things, and it’s exciting to be able to use it for entertainment now. I think this game will be one of many.”

Paizo released a free to play pilot for the Startfinder audio game last year, and have upgraded it since then.

Other RPG publishers are also looking at audio games as a way to merge tabletop RPG with digital interaction. River Horse has Void Warper and D&D’s Endless Quest “Choose Your Own Adventure” stories are also available on Audible.

The pilot episode is free, and each episode is $1.99 after that although the full season can be bought for $9.99. Starfinder is available in the United States, United Kingdom, Canada and Australia. 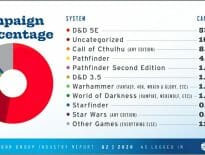 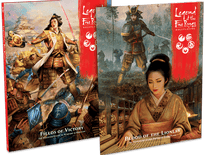