You are here: Home / Games / Tabletop & RPGs / Is there HeroQuest board game relaunch coming?

There are two popular HeroQuests in the tabletop gaming world; Chaosium’s HeroQuest RPG set in Glorantha and the older board game from Games Workshop and Milton Bradley.

The former is still in use, the latter is remembered but out of print. Now, Dicebreaker and Reddit user Corporat1 have noticed a significant trademark application. The old Games Workshop board game might be coming back.

The paperwork is for HeroQuest Legacies and applies to board games, card games, dice games and models used in war games. I suspect the overlap with Chaosium’s HeroQuest will be of particular interest so, verbatim, here’s where the new application wants to own HeroQuest Legacies;

The company filing the application is Restoration Games. Restoration Games, as their name implies, specialise in bringing old games back to life. They’ve done Downforce, Unmatched, Fireball Island and are working on Return to the Dark Tower.

As Dicebreaker points out, previous attempts to bring back HeroQuest have run afoul of copyright claims. A 2013 attempt on Kickstarter was blocked by Moon Design Publications.

Dicebreaker says that Chaosium recently renamed HeroQuest to QuestWorlds, but I’m not sure that’s right. It’s my understanding that QuestWorlds is the name of the System Reference Document (SRD) for third-parties to create content under. Geek Native has reached out to Chaosium for comment.

Just as Dicebreaker has chosen to do, it feels impossible to write about HeroQuest without resharing the Bard’s viral review.

Update 28th July – Chaosium has confirmed that Questwords is the name of the SRD.

Is there HeroQuest board game relaunch coming? 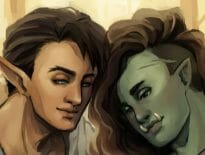 Tabletop & RPGs Worth your money: An Elf and an Orc Had a Little B… 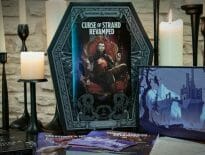 Tabletop & RPGs Curse of Strahd Revamped into a coffin-shaped box…
wpDiscuzComment Author Info
Manage Cookie Consent
This site uses cookies 🍪, and links are ads that may earn bloggers some money 💰, and with this alert, I very much hope that these dark truths 🧌 are acknowledged.
Manage options Manage services Manage vendors Read more about these purposes
Preferences
{title} {title} {title}
Loading Comments...