With Tales of Esgar, we’re delivering something truly unique to players of 5th edition; a brand new world setting equipped with its own original classes and cultures, beautifully-crafted lore for its people and their realms, and a tonne of new mechanics that will add excitement to any adventure.

The setting merges inspiration from Middle Earth to Earthsea as well as ancient Egypt and Celtic Britain. Brightdog is based in Wales.

Recognising the trend, Tales of Esgar will be a setting which replaces D&D traditional “races” with cultures. There will be no racial stat bonuses.

Brightdog Games told Geek Native that a Kickstarter for the main game will be launched in Q1 of 2021 and if successful will result in a Game Master’s Guide, Player’s Guide, Region Guides, Campaigns and Modules. It’s an ambitious task.

Lore of the Sea Elves

The first book, due out this year, is Lore of the Sea Elves, which introduces D&D players to the culture and the sea-cliff dwelling clan.

There’s even an official tune for Lore of the Sea Elves which is part of the Tales of Esgar soundtrack. 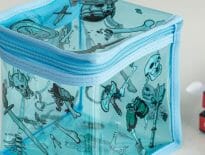 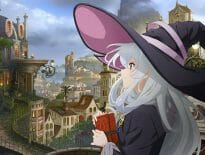