2020 has done a number on the worldwide tabletop gaming convention scene. There have been mass cancellations and stalwarts like the booking website Tabletop.Events nearly went bust, only to be bought by Board Game Geek.

Gamers are adaptable and for every convention cancelled due to the lockdown we’ve had one more virtual event pop-up to take its place. Geek Native set up convention calendar and this coming weekend Wizards of the Coast will host D&D Celebration 2020 with the aim of hosting the largest virtual tabletop session ever.

This blogger has dabbled in the virtual conventions. I’ve not tried roleplaying at any, since I’m a VTT newbie, but I’ve enjoyed the panels and actual play streams.

I had a good experience of Virtually Expo, the online replacement for the UK Games Expo. But not everyone did.

Geek Native received Ben Baker’s write-up (lightly edited) of their experience at Virtually Expo. It was a frustrating one. The main problem? No-show Gamemasters.

Compounded with logistical challenges, the frustration of finally getting the technology to work only to discover that no one else has made an effort is understandable!

Ben’s experience is food for thought. As a community, we’ve collectively learnt a lot about how to run virtual conventions and expos. Organisers rely on the professionalism and competence of volunteer Gamemasters though, and Ben’s Virtually Expo experience could happen to anyone if those GMs don’t deliver and busy organisers don’t notice.

I wasn’t sure if I was going to attend Virtually Expo. I’ve been to every UK Games Expo for the past 7-8 years and had a great time. They’ve become the highlight of my gaming year. But doing it online would remove some of my favourite elements of meeting new people in person.

However, during these strange times, we all have to adjust, so with about a week to go, I decided it give it a try and booked a few games. I was persuaded because a friend had double booked two games and offered the extra tickets to me.

I looked at the available games for the other time slots. There weren’t many interesting ones available for Friday morning or afternoon, but several good looking ones on Friday evening.

Traditionally, I play three games on Friday, three on Saturday, then one or two on Sunday, and spend the rest of the time either relaxing with friends or in the convention hall checking out various stalls.

This is perfect as it allows time to physically recover between games (I have a bad back, so sitting on a chair for four hours gets very painful), and allows me to mentally reset for an hour between games.

Because the hour-long breaks are consistent among all games, I can meet up and socialise with friends between games. It works really well.

A couple of days before the Expo was due to start; I was informed that one of my Sunday games was cancelled due to the GM dropping out. It was a scramble to find a replacement game at the last minute, but I booked something. This wasn’t in any way the Expo’s fault but was instead a harbinger of things to come…

This is my first online Expo. There wasn’t a guide I could find showing me what to expect, so I had no idea what was or wasn’t supposed to happen. With my order, I’d been sent a link to the Friday game on Roll20.

Whenever I clicked it, I was told I wasn’t authorised to see that page.
I figured the GM would make the link active sometime before the game’s start, then I’d be able to log on.

I tried the link a couple of times but wasn’t concerned when nothing happened.

On Friday, I was a little more concerned, so I tried the link again – still not authorised. So I went to the Expo’s chat assistant on their website, typed up a message – and it crashed.

I typed up another, briefer, message, and it crashed again. After it crashed for the third time, I realised the online help was having tech issues. But – how to report it?

I left it for an hour, tried it again – and it was still broken.

With about an hour before the game was due to start, I turned to Discord. I asked if the ‘Not Authorised’ message was usual, and found out it wasn’t.

I spoke to a nice guy called John who confirmed I should have been able to get to the Roll20 page by now. He sent me a different Roll20 link. That didn’t work either. He then gave me the email address for the guy GMing the game.

John found a different email address, and I contacted the GM. I’ve still not had a reply from the GM. Eventually, John found a 3rd email address for the GM, but he couldn’t get a response from him either.

By now the game should have started and as I was the only one who realised the Roll20 link was broken either it meant I was the only player, or no one else had figured this out and they’d all given up. Either way, I was the only active player for a game without even a GM.

John kindly offered to put me in a different game – but there was another problem. Remember how I said the Expo does the very smart thing of having all games run in four-hour blocks, with an hour gap between them?

For some reason, they decided not to do this for the Virtually Expo and allowed games to start and end at any time, no matter if it clashes with other games.

Because of this, the other games I’d wanted to play had all started one or two hours earlier. The first day of the Expo saw me waste hours of time and effort and not get any gaming at all. A pretty big failure, but still – tomorrow I had three games booked, and Sunday another two.

I have some health problems, I’m in a lot of pain almost constantly, so I find sleeping very difficult.

As such, waking up to get to a game that’s starting at 9am is difficult. So I took a sleeping pill on Friday night to help me get some sleep.

If I take these pills for multiple nights, I build a dependency on them, which makes sleeping without them even more difficult. So I only ever take them 1 night a week.

I ended up getting about 3.5 hours sleep but made my way online for the 9am start.

I met my friend, and we logged on – we were the only people. Even the GM wasn’t there. After a little investigating we discovered that some bright spark had mixed up 9am with 9pm, and the game wasn’t due to start for another twelve hours. It had been incorrectly advertised like that the entire time and no one realised.

We spoke to support, and they transferred us to another game. This one was due to start at 10am. So, we sat around for 45 minutes after struggling to get up in time for the 9am start and waited for the next game to (hopefully) begin.

The next game began, and the GM spent an hour describing how the game system works – not a good use of time in a four-hour game, but still… I was now gaming.

This time I eventually got to do some roleplaying. But the scheduling messed me up again. Because the games don’t stick to any kind of structure and this new game started an hour later than the previous game, it meant my next game would start one hour before the current one would finish.

So, what should I do? Miss an hour of the game I’m already playing, or miss the first hour of the next game?

I managed to find an appropriate moment for my character to get killed (an unsatisfactory end to the session) and jumped over to the other game. It was frustrating as I wanted to finish the game – but what choice did I have?

By now, the background to the next game had been explained, and I’d missed it. I jumped in just as the action began, and played the rest of the session while trying to play catch-up.

Next, I had a 1-hour break, then the 3rd game of the day began. That (thankfully) went off without a hitch.

That night I managed to get about five hours of sleep.

I woke up for the 10am game – and discovered I was the only player who’d bought a ticket. No one had done anything in advance to find additional players or combine multiple games with low player numbers.

I waited for an hour and a half as the GM tried spamming various channels to try to find more players. I was also asking people in chat but to no avail. So my 10am Sunday game was cancelled at 11:30.

2pm rolled around, and thankfully I got into a full game, with a competent GM, and a fun setting and story. This last game felt like the old Expo I used to enjoy. A fun mix of different people who all got on with each other, and worked to tell an enjoyable, compelling, and, above all, FUN story.

This last game was the highlight of the Expo for me, and the only redeeming feature of the entire frustrating weekend.

I would be forgiving if this was the first Expo a new group had organised – but this was created by the people who have been running the largest in-person UK Games Expo for about 17 years.

How can they manage to do that so well in person, yet create such a mess when it’s shifted to an online platform?

If anything, it should be easier – there are no physical tickets for people to lose, no hotel rooms to allocate or finite physical resources to split amongst volunteer GMs.

But instead, I’ve ended up with one of the worst gaming experiences I can remember.

I hope the organisers look at what happened so they can return to their usual high standards. 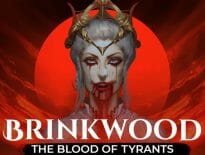 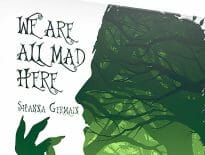