The indie publisher in the spotlight for October is Misfit Studios, and this is a story of success despite a horribly unfair start. From day one, Misfit Studios has had to overcome stacked odds to succeed.

What happened? I’ll let Misfit Studio’s founder Steven Trustrum tell you about the details of his encounter with Guardians of Order (GoO).

Misfit Studios invested $1,000+ USD directly into GoO’s imprint program when the company just started out. It was to be for our first publication. When the wheels started to fall off the truck at GoO, I was assured that everything was fine so I kept investing additional money into art and the like. Then Mark MacKinnon stopped talking to anyone, stopped paying people working for the company, but kept taking money from other people looking to imprint with him. When his debts and crashing company status finally became public, he declared he was closing the company and going bankrupt, and disappeared with everyone’s money without delivering anything. The amount of debt this caused Misfit Studios almost killed the company in its infancy, and ensured many people in a similar position never got off the ground. It’s frustrating to see MacKinnon is back in the industry again, crowdfunding new projects like he wasn’t responsible for causing so much damage.

Who are Misfit Studios?

Misfit Studios was founded in 2003 but given that Guardians of Order drama right at the start, their first product didn’t come out until 2005.

Technically, Misfit Studios is only Steven Trustrum, but you’ll often see titles from Christinia Stiles published by the company. That’s the result of a 15-year working relationship between Trustrum and Stiles, with Trustrum helping with layout and marketing. Both Eric Lofgren and Scott Harshbarger have also sold art through Misfit.

I talked to Trustrum about Misfit’s products.

What is Misfit Studio’s most popular product?

Single products? I’d say Better Mousetrap 3e and Metahuman Martial Arts 3e for Mutants and Masterminds Third Edition. Both sell very well despite having some of our highest price points. For overall product lines, though, I’d go with our many small PDF releases for Savage Worlds. People just seem to love them. I frequently see people making mass orders of entire product themes (e.g., Monster Briefs), and they consistently get good reviews. I believe I also get the most email and DMs from people making suggestions about these product lines, either telling me how much they like what I’m releasing or telling me what they hope I’ll make next.

Can you tell us about PD46FX?

It’s a product that I keep tinkering with but have sidelined since taking on the Darwin’s World license, which is eating up a lot of my time. I still take small bites out of it when I’m able, though. As to what it is, well … it’s taking a fan-favourite game system that’s been around since the 80s and streamlining and tweaking it. The intention is to make a more adaptable core rule set that can be universally applied better than the original advertises. If you’re wondering which one, the system name is a big hint.

Is it true that you’ve bought Darwin’s World from RPGObjects?

It’s not ownership, just licensing; RPGObjects still owns 100% of the game. It’s a lot of fun, as I am a big fan of the setting, but it’s also a lot of work. The original products require a lot of re-editing before I can release them, so there’s more to it than merely converting old material to the latest Savage Worlds rules. The original Savage Worlds core books still had some d20 references in the text that were overlooked, for example, so the manuscripts have to be gone over for artifacts like that. I’m really looking forward to getting the product released and plan to include, in one form or another, the content that was originally cut between the d20 version and the initial Savage Worlds release.

What big projects are in the Misfit Studios pipe-line?

Right now there’s a bunch of projects that I’ve started at some point and would like to wrap up, but finding time is difficult. As I said earlier, Misfit Studios is largely a one-man operation. I do most of the writing, art colouring, graphic design, layout, and marketing, so that’s a big commitment, in addition to the full-time job and family. Some of the things I’d really like to get out the door are PD46FX, the remaining MnM 2e products all updated to 3e, and the Darwin’s World re-release for Savage Worlds. The latter is still going through a re-edit, plus updating to the SWADE rules and colouring all of its black and white art. And, as that’s all happening, I plug away at small PDF releases that can be turned around quickly so something still comes out most every month. It’s a big job, but that’s what’s in the works at the moment.

Misfit Studio’s in the RPG community

On the Misfit’s website, there’s a claim that Studio will be gamers first and foremost. I asked Steven what precisely that means;

Most importantly (to me, anyway), it means Misfit Studios publishes the sort of product I would be interested in buying if someone else were publishing them. I can’t think of a single product Misfit Studios has published that has been a purely financial decision. If the gamer in me isn’t excited to be working on something and having fun, then I can’t be certain that other gamers will also enjoy it. I also try to keep our prices as gamer-friendly as possible–most of our product lines have fairly low price points, and we’ve only done one price adjustment in over 15 years. So, most everything we sell is still available at its original release price.

Is it true you give playtesters free products?

Yes, anything that someone helps playtest earns them a free copy of the product. I qualify this by saying they actually have to contribute and speak up, though. We have some playtesters that have been helping us for over a decade, so you’ll see their name appear in a lot of product credits.

Could you tell us about the services you offer to other indie RPG studios?

When not working for Misfit Studios, I work in content and social media marketing, including website audits. So, I offer those services to other game publishers, solo authors, artists, and the like at industry-friendly prices. I also frequently offer free advice on several RPG industry discussion platforms to help people out with how to effectively socialize new products, improve their company websites, and the like because doing so helps elevate us all, in my opinion.

Over at DriveThruRPG we can see what Misfit Studio’s most recent publications are. They sell on other marketplaces as well such as Lulu.com.

Are you a Misfit Studio fan? Let us know why you like them. 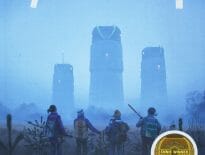 Tabletop & RPGs Free for a Day: Tales from the Loop RPG 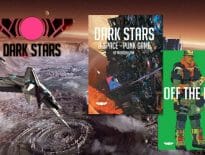