The Collector’s Trove currently has some D&D material up for auction that some members of the Gygax family wish were not there.

What’s up for grabs are nearly 90 original cels from a proposed D&D cartoon including Dungeon Master himself.

Each is a piece of original art, the line work being inked or xerographed and then hand painted with acrylic paint on the back of the animation cel so that it can be viewed from the front when used in the animating process. Each cel is 10.5 x 14 inches. The episode number is listed along with the Marvel Production department masthead, TSR logo, and Dungeons & Dragons title. Each lot will come with its own unique certificate of authenticity.

These cels were created at Marvel Production studios by their staff artists and sent to Dungeons & Dragons Entertainment Corporation for approval. The approved models were then used as the basis for animating the characters in the episode. This and the other cels offered here may be the very few surviving pieces of art from the show as the Marvel Production Studio fire in 1984 likely destroyed many of the animation cels for the series up to that point.

However, Gary’s son Luke Gygax isn’t happy that his step-mother is selling the items. There seems to be no consensus in the family on how much of the D&D co-creator’s legacy should be sold to private collectors.

Gail Gygax is auctioning items that may be part of my father’s estate through Paul Stormberg and the collectors trove- his business. There is a legal action filed to open probate and recognize the Last Will and Testament of my Dad that I was only made aware of late last year. Gail is contesting the Will because it leaves some items to my siblings, Ernest Gary Gygax Jr. , Elise’ Gygax-Cousino, Heidi Gygax, Cindy Gygax, including the rights to his legacy after Gail passes away.

Currently there is nothing illegal about Gail selling the estate items in auctions but in my opinion it is immoral. If you agree please don’t bid on them. And I let Paul know about this months ago as well. So he is choosing to do this with full knowledge.

Attention Collector’s. Paul Stormberg confirmed that these items are being auctioned by Gail Gygax. That means that these are very likely from my father’s collection. My siblings recently discovered a Last Will and Testament that appears to be valid and witnessed by Gail and Alex Gygax however it was never filed. We have petitioned to have the Will recognized and probate opened. So the property here if part of my fathers estate could be in question. Paul was informed of this months ago and is still auctioning the items. I find that problematic personally whether it is legal or not.

In May, Geek Native reported that Luke Gygax had filed a second Will left by his father in a Wisconsin Circuit Court Access court. 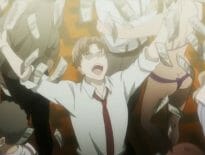 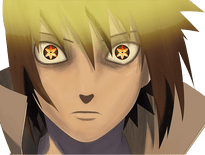