World End Economica is a visual novel from Isuna Hasekura, the author of Spice and Wolf. It’s available on Steam for less than £10 currently.

While the game is being ported over to PlayStation 4, the studio SpicyTails launched a Kickstarter to crowdfund the animation and localisation of an anime based on the story. That raised about 5,000,000 Yen (about $45,000).

That’s a long trailer. YouTube says the video is well over 7 minutes, in truth 4 minutes of that are credits, and that’s a telltale sign of a crowdfunded project!

It’s a trailer of three parts. The first part seems like a slice of life, the second a Wolf of Wall Street style adventure about riding the stock market and then the last third becomes a sci-fi.

All three parts of the trailer reflect the visual novel. The whole thing is set on the moon, 16 years after humans started to colonise it. Haru, our young hero, has a great dream… and therefore needs a whole lot of capital to fund it.

How does he plan to get his money? On the stock market. There are two rules to stock market club; Never Take a Loss and Never Forget The First Rule. 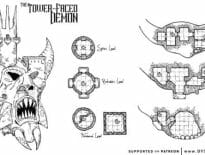 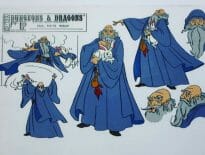