The most recent D&D System Reference Document is 5.1e and that’s the one the computer game company Tactical Adventures is using for their first game.

That game is Solasta: Crown of the Magister.

You can play the demo for free, right now, via Steam.

In Solasta, you explore a shattered world and build a party of heroes using the game’s character generation tool. Baldur’s Gate III’s use of three-dimensional space has been widely praised, and Solasta does the same thing.

The game cares about size. Your halfling and gnome characters will be able to go places that larger NPCs can’t follow them. Goblins know that too. 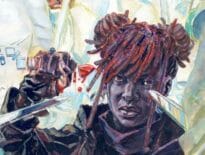 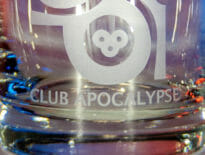 Tabletop & RPGs Run Arc Dream’s RPGs at Gen Con Online and t…
💰 Copper Coins 💰 Geek Native is an affiliate and may earn commission on purchases you make from third-party sites.
🍪 Privacy & Cookies 🍪 The site uses cookies to survive. By accessing the site, you agree to use your browser to control cookie use or take 1d4-3 privacy damage (tracking). If you defeat cookies via ad blocking, please consider the Patreon. An intro to cookies, and how to control them, can be found here. I Manage Cookies