You are here: Home / Games / Tabletop & RPGs / Soulfire and Doom: A review of Warhammer Age of Sigmar – Soulbound

It wasn’t my first tabletop RPG, that honour goes to the obscure Dragon Warriors, but Warhammer was the first time I ended up running the game just to have a game and spending hours of every day with the rules and evolving the campaign.

I flirted with Warhammer Fantasy Battle too but struggled with a lack of skill (painting those minis mainly, but also with any ability to design sensibly sized armies). Then, as so often happens, my life changed, and with it, so did my gaming groups and Warhammer was left behind.

I think it was a for-money assassination. Warhammer Fantasy Battle hadn’t been selling well enough, so they decided to start again. They blew up the world, Chaos flooding through, but a seed survived, flew off and became the setting that is the Age of Sigmar.

Cubicle 7’s new tabletop RPG is the first one that uses the Age of Sigmar setting, and it is my first trip back to Warhammer. The book gets just about almost everything exactly right – but most importantly, for me, it brings this epic new setting to life.

Soulbound has none of the gritty survivalism that made WFRP so attractive to me and yet it still manages to feel Warhammer. And, as my dallies into playtesting show, staying alive is pretty hard too.

The Age of Sigmar World

The mythology casts the ‘mortal’ races (the term ‘good’ doesn’t quite apply – those look like dark elves to me) as refugees shepherded by the god Sigmar to someplace new.

Adopted by the local gods, these fantasy races enjoyed calm and prosperity for a while. The Soulbound were created to defend the realm. Then Chaos found the people again, summoned by greed and betrayal.

At first Sigmar, and his new pantheon and armies of mortals held against Chaos. It wasn’t to last. The gods lost focus, hope and trust in one another. Chaos’ victories increased.

At a crucial battle, Nagash, the god of death, turned against the forces of order.

Sigmar and his remaining allies abandoned the mortal realms and fled of Azyr, sealing the realmgates behind them.

In this exile, Sigmar worked. He rebuilt his armies of mortals and forged a new one; immortals known as the Stormcast Eternals. When the time was right, the realmgates were opened, and this new host surged forth.

Their success was brief. Chaos met the new armies head-on, and well. Nagash, the god of death, outmanoeuvred them all. All this time he had been working a tremendous magical feat that would hand him, not Order, not Chaos, everlasting authority.

Nagash’s plan was almost entirely successful, but it was thwarted enough for hope to remain. A fragile glimmer of hope. The Necroquake that the god unleashed swept across the realm, the dead clawed their way out from the soil, and now Sigmar’s forces face more enemies than ever before.

I’m going to talk about the Soulfire and Doom mechanics first because I think they shape the game.

The player characters in the game, except the Stormcast Eternals bound to Sigmar, are Soulbound. These characters share souls, it gives them powers and unity. It provides Soulfire.

A group of Soulbound is known as a Binding and Soulfire is shared among, and generated by the Binding. It is a group mechanic, a pool that can be spent to cheat death (Nagash does not like the Soulbound), reroll dice or even regain Mettle.

With Soulfire, the Soulbound RPG does what I wish more roleplaying games did – provides both a thematic and mechanical reason for the group of characters to stay together, be interested in each other, help out and cooperate.

It does not take away agency. You can, if you want, go against the group’s wishes and spend Soulfire however you wish. Doing so increases Doom.

Doom is not the opposite of Soulfire. It is not a set of points for the GM to spend to boost enemies with rerolls or to cheat death. Doom is a measure of how close the realms are to being ruined by Chaos or Death.

A high Doom means that bad things happen more often, more random/chaotic acts of violence, the group encounters evil forces and events more often, and some enemies they could face will be more powerful.

Yes, the group’s in-character actions directly contribute to the Doom of the realms. How’s that as a mechanism for connecting the group to the setting?

I mentioned Mettle, and it’s worth looking at this mechanic too. It comes and goes more readily than Doom and Soulfire.

Players spend Mettle to take further actions. Some Talents and Miracles also have a Mettle cost. Want to get tactical with your combat? Mettle is for you.

Situations are often expressed using this formula: DN A:B Attribute (Skill). The first third of that expresses the difficulty number. DN 5 means, for example, the difficulty is 5 and so only rolls of 5 and 6 on the d6 pool count as a success. The B value is the number of successes you need to pass. So, DN 5:2 means you need at least two dice showing 5s or 6s. Meanwhile, the Attribute (Skill) third of the line tells us which parts of the character sheet will build that dice pool.

Characters hinge of three core attributes; Body, Mind and Soul. This looks limiting and restrictive as you read Soulbound, but as you play, or even as you build a character, I suspect you’ll find it’s enough.

There are over twenty skills that hang off these attributes as well as other secondary attributes.

That’s pretty much it, simple but surprisingly flexible and effective.

Remember how I said my limited playtesting suggested it was quite hard to stay alive in Soulbound? That’s due to the flex in the mechanics that makes it quite hard to judge threat and difficulty. I’ve played through lots of test encounters now. Almost all of them ended brutally with a theortical TPK or in which the baddies lasted a round.

I count 5 races and 22 Archetypes in the core rules. Archetypes are your character classes, and most of them feel uniquely “Age of Sigmar”. Cubicle 7 calls out that while some of the Archetypes are gendered in the setting (priests or sorceresses) that you can, and should, do whatever you want. Male Daughter of Khaine? Go for it.

None of these Archetypes are fantasy careers that I can imagine Bilbo Baggins meeting in a tavern. That’s important given how differently Age of Sigmar places itself on the crowded fantasy RPG tabletop. It stands apart but connected to, Tolkienclones.

I’m confused by the last one. For a start, the Sylvaneth don’t seem very likely choices of Soulbound hero to me (although they are mobile and can move). For a finish, we have them instead of Greenskins (orcs). Why? Whyyy?

I guess it means the Greenskin supplement is high on the list of likely best-sellers among Age of Sigmar fans.

As I said at the start of this review, a huge success from this highly successful book is bringing the Age of Sigmar to life for gamers like me. This success starts with the species and Archetypes. Each one feels fresh and exciting to me, but not too alien. Reading through these chapters layers on details of world-building that makes the game even more engaging.

Age of Sigmar is a game in which the characters are heroes working directly for gods. Characters are essential agents in a cosmic clash.

We start near the top of the pecking order in AoS. The game isn’t a quest to be recognised by a god and made Soulbound. That’s already done (or you are playing a Stormcast Eternal instead).

Warhammer Age of Sigmar: Soulbound does have character advancement but, to me, real progress is in the exploration of the world. If the Binding can travel the Realms, complete missions and keep Doom from rising, then they are making a meaningful difference.

The Mortal Realms seem to be virtually without end. After all, this is a setting with realmgates, underworlds and strongholds built by the gods themselves.

Soulbound does not try to write-up the near infinite. Instead, the book concentrates its efforts on The Great Parch. I’m told this is where the fiction series from Games Workshop kicks off, and so seems like a logical choice.

The attention spent on The Great Parch does not mean we know nothing about the realms of Azyr, Aqshy, Chamon, Ghur, Ghyran, Hysh, Shyish and Ulgu. There’s a section for each.

Without a doubt, Soulbound looks terrific and feels premium. The layout is nearly flawless, the use of sidebars should set the new industry standard, and the artwork is fantastic.

The book is easy to read as a PDF (I’m sure the hardback will be better), a delight to scan through and thoroughly organised. There are as many bookmarks as you can wish for.

It’s a 350-page long RPG, and the index is as thorough as it could be. Full marks.

You’ll see a generous application of layout and art examples in this review. Both are too good to leave on the floor.

You’d be right to say that I came to Warhammer Age of Sigmar with an attitude. This was the weird setting that replaced my beloved Warhammer “Old World”.

If Soulbound had slipped up, then I suspect I’d be the first to pounce with criticisms of the failing. While nothing is perfect, Soulbound is as good as you’d expect for a hero bound to a god. I can’t find anything to pounce on.

Cubicle 7, who has been taking control of all of Games Workshop’s Warhammer RPG licenses, should be proud. I suspect that Games Workshop will be pleased.

Overall? If you’re curious, even a little, check out Warhammer Age of Sigmar: Soulbound.

Have you downloaded Age of Sigmar: Soulbound yet? What’re your impressions of the game? Let us know in the comments below.

Soulfire and Doom: A review of Warhammer Age of Sigmar – Soulbound 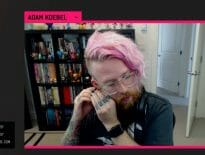 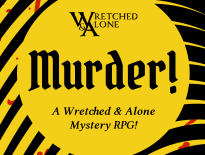