Each RPG features player characters exploring a world of magic and monsters that is threatened by the forces of Chaos.

In Soulbound the players’ characters are linked magically together and adventure as a Binding to oppose the forces of Chaos and protect the cities of man.

While the players have their fellow Soulbound and Binding, the GM has access to Doom. Doom measures the growing threat of evil and danger in the Mortal Realms. The GM combines Doom with the escalating levels of Rumor (whispers), Fear (eyewitness claims), and Threat (visible menacing effects) to drive adventures. Rules like these are the heart of Soulbound for a GM and help make a lasting and worthy campaign.

Shadows in the Mist  (combined PDF) describes Anvilgard with a city guide (Anvilgard only PDF) and six adventures (Bloodtide, first adventure only, PDF). Forces of Nurgle constantly attack Anvilgard, so the additional 11 maggotkin found in the Soulbound Bestiary  (PDF and hardcover preorder) are a great addition to this campaign and the maggotkin found in the core rulebook.

Anvilgard itself includes detailed descriptions of several key areas in the city. In addition, the city is filled with rival factions, criminals, killers, soldiers, explorers, and more. Intrigue, mistrust, and danger are watchwords of the city. The guide also includes new Endeavours the PCs can do during downtime like gambling and ritual combat. The area surrounding the city also gets over a dozen descriptions, all located on a map.

Because Anvilgard’s greatest enemy is Nurgle, Lord of Decay, and his followers they make a great goal for the PCs. A party of adventurers in a Binding always has a long-term party goal. The Binding could choose as a goal to drive Nurgle’s followers from the city of Anvilgard.

Those extra maggotkin make it easier for the GM to create adventures of her own. For example, the PCs may hear a Rumor of tiny monsters spreading poisonous mucus and spores.

As the threat grows, Fear spreads as more and more people claim to know someone who is infected or has died. Then someone the PCs know becomes sick. As the monsters spread, larger numbers of people are falling ill, and the threat becomes full-blown.

If the PCs investigate, they will discover that simply killing the Nurglings spreading poison isn’t enough as more and more keep appearing. And if the PCs do nothing, a full-blown plague hits the city. Behind the appearance of the Nurglings, is a Feculent Gnarlmaw. The PCs must kill the monster, which is disgorging the plague of Nurglings.

Shadows in the Mist is well suited to helping a GM create her own adventures to add to the existing six, or the six adventures can be used simply as fuel for a GM’s own created campaign. The adventures provide not just plenty of adventure but also new rules and options for an ongoing campaign.

For example, in Bloodtide the PCs set sail. Included at the end of the adventure are rules for ship to ship combat, and a map of a ship called the Blackfin is included. For GMS who want adventures on the high seas, this adventure goes a long ways towards adding depth to a nautical campaign. There are even rules for fighting underwater.

Rotten to the Core includes a jungle trek and introduces rules for traveling through the wilds, including roles PCs can take and the chance of getting lost. The adventure also provides a lot of details on the organization called the Blackscale Coils, including a map of one of their warehouses.

Another jungle journey follows in Crucible of Life with another way of handling a hike through the jungle. The adventure includes a step pyramid dungeon complete with map. Also included are several new monsters.

Sylvaneth feature heavily in Petrified Wood. If one of the PCs is a Sylvaneth interesting roleplaying options open up as the PC may be pulled between duty to his people and to his Binding. Spireroot, home to the Sylvaneth of Anvilgard is described along with a map. Also includes a Skaven laboratory with a map.

Aqua Nurglis offers a murder mystery in Anvilgard itself. It serves well a template for running both urban and investigative adventures for Soulbound.

Balancing the Scales ties everything together from the previous adventures. It also covers a war against the followers of Nurgle including a map of the lair of one of the greatest foes the city has faced. Includes many Maggotkin.

These adventures also serve as templates for overall adventure building using Soulbound. The maps, when needed, are a fixed location, usually with an important goal the PCs are trying to accomplish. The adventures mix together dungeon crawls, hex exploration, and urban shenanigans. Monsters are easy to identify in most cases, but NPCs could be friend, foe, betrayer, or a changing mix of a variety of drives depending on what the PCs are trying to accomplish.

There a few more updates coming that will complete the PDF, including an illustrated map of the city of Anvilgard, new items to purchase in the city’s black markets, a look into Anvilgard’s future after the battle with the Morathi, and five one-page adventures set after the events of Broken Realms: Morathi and the Fall of Anvilgard.

These events of Anvilgard falling take place in the miniatures setting of Soulbound and appear likely to completely change Anvilgard. If the PCs are from the city, these changes may be profound and campaign altering, which can make for an interesting extended campaign. PCs will be part of history and may end up deciding to flee the city if things go poorly for their allies which could lead into an entirely new set of adventures. 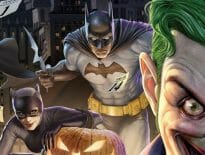 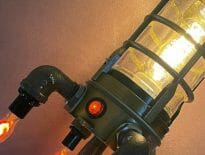