You are here: Home / Books / Comics / The Fantasy Network gets into comic book with the Outlawed Faith

The Fantasy Network is the result of four different film companies coming together to better serve the fantasy and sci-fi community with a streaming platform of their own.

The news this month, and an obvious one in hindsight, is that The Fantasy Network is getting into comic books. The launch project is a Kickstarter called The Outlawed Faith. They’re asking $5,000 for the campaign and are trying to do it only 7 or so days! At the time of writing, there are 6 days on the clock, and $2,000 to go. You follow the progress on the campaign page.

Described as Firefly meets Hell on Wheels, The Outlawed Faith is the story of a young girl who might have some powers who has been spent to find a rough bounty hunter as the result of her mother’s final piece of advice.

It’s a steampunk western in a dystopian universe, but it’s also the story of redemption and hope.

I wish the pledge levels made sense. Apparently, for only $1, you’ll get the campaign goals, BTS but no stretch goals.

I’ve no idea what BTS is. Behind The Scenes?

There is a section in the campaign called “The Goal”, but simply states that the goal is to make the comic. As a result, I’m not sure what you get for $1. I wouldn’t expect much.

For $7 you get the mysterious BTS, the campaign goals but also a digital copy and 1-month subscription to The Fantasy Network. I presume they mean a digital copy of the comic book.

$12 is enough for a physical copy of the comic, a thank you in it, a one-month subscription to The Fantasy Network along with the campaign goal and BTS.

The campaign feels like a worthy cause, but I cannot fathom why they gave themselves only a week to do it and why it looks like they’re padding the pledge tiers. It is only their second Kickstarter, so let’s call it inexperience and ambition.

The Fantasy Network gets into comic book with the Outlawed Faith 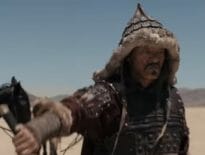 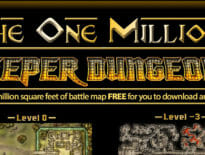 Tabletop & RPGs Free to Download: One million more square feet of …
💰 Copper Coins 💰 Geek Native is an affiliate and may earn commission on purchases you make from third-party sites.
🍪 Privacy & Cookies 🍪 The site uses cookies to survive. By accessing the site, you agree to use your browser to control cookie use or take 1d4-3 privacy damage (tracking). If you defeat cookies via ad blocking, please consider the Patreon. An intro to cookies, and how to control them, can be found here. I Manage Cookies