Icewind Dale is an old Dungeons & Dragons computer game. It’s a name, though, that’s getting mentioned again ever since Wizards of the Coast’s D&D Live announcement seemed to suggest a new setting, campaign or both.

The illustration the D&D team used while talking about adventures showed adventurers outside in the snow and this official D&D Red Nose Day t-shirt shows a ‘Snowy Owlbear’. There’s an ice theme.

The Icewind Dale computer game was published in the year 2000 by Black Isle Studios. Overhaul Games, part of Beamdog, worked on the Enhanced Edition and that’s a more recent game. It came out in 2014. The PlayStation 4 and Xbox One versions only appeared last year.

Right now, Fanatical has Icewind Dale: Enhanced Edition for only £7.49. That’s %50 off.

You can get it here but only while stocks last.

I sure hope so. Geek Native actively tries to avoid promoting dodgy key deals. Fanatical isn’t a reseller, as such, they work directly with the devs of games to acquire keys in bulk and then sell them. It’s an arbitrage system.

Is Icewind Dale’s D&D next setting?

We don’t know what will be announced at D&D Live. It’s just speculation.

Icewind Dale isn’t really a full setting in its own right, though. Icewind Dale is part of the Forgotten Realms, in the same way that Waterdeep is.

The name applies to the frozen north of Faerûn and is the location of a few mineral-rich lakes and not many settlements. Bryn Shander is the capital.

So, you could argue that the setting isn’t wildly attractive as a location, but Hasbro are working hard to make D&D computer games. Icewind Dale as an established and lauded computer game history. A sequel seems very likely, and surely WotC would want their book projects to get a boost from the computer games, and vice versa.

If you want to learn more about Icewind Dale, then the computer game is one first-hand way to do that. 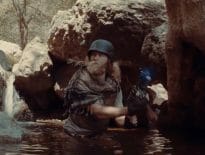 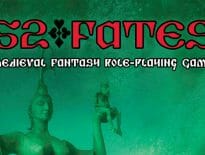