Publisher Dice Pencil & Paper has a new RPG out on Itcho.io called 52 Fates.

Why 52? That’s the number of cards in a standard deck, and that’s all you get to keep your character alive and reach the end of an adventure. Sound hard? Dice Pencil & Paper present is as a liberation!

52 Fates frees players from the uncontrolled, random results of throwing dice, as they need to make conscious choices on which cards to use, when to use them, which cards to save for later, and how many cards to use in a certain play. This adds a deep layer of player agency and strategic thinking. It brings a completely new type of play where the player has some level of control over a character’s fate that goes beyond role-playing decisions.

Fate 52 isn’t new. Version 2 came out in August 2019, but the game has had more attention recently.

In part, that’s due to the 52 Fates Ezine which came out a few months ago.

Dice Pencil & Paper describe the Ezine as free to download, and it can be, but Itcho.io prompts you to find $2 if you can. I suspect if you are interested enough in paying the $9.99 for the full 52 Fates game, and just want to check out production value, layout and factors like that before committing that DP&P will be happy enough for you to read the Ezine for free.

If you’re interested in a gameplay demo, then there’s another route. On the DP&P site there’s exactly that; a 52 Fates gameplay example in which three characters try and investigate the goings-on in a sinister-looking tower.

In the first scene, the GM (or Fate Dealer) has secretly set the difficulty of 5 to discover that the levers outside the tower can be moved independently but a difficulty of 15 to find the right combination to open the door.

The players spend a few lower cards first, effectively wasting their potential before the burglar character plays two cards, using a unique ability, and finally figures out how to get into the tower.

You can check out the full 52 Fates game or 52 Fates Ezine over at Icho.io.

52 Fates: One pack of cards to run a fantasy RPG 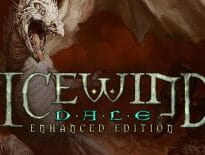 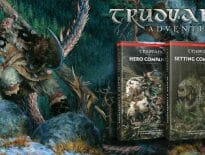