Wizards of the Coast continue their freebies with Stay at Home. Play at Home.

In fact, they’re being so generous, last week Geek Native suggested some free tools you can use to keep up and get alerts whenever WotC’s freebies page changes.

One such update included Rats of Waterdeep, a Platinum best seller at the DMs Guild.

Written by D&D designer Lysa Penrose and Will Doyle, who wrote Tomb of Annihilation, Rats of Waterdeep is designed as an adventure companion for Xanathar’s Guide to Everything. It’s a murder mystery for five level 1 characters and takes about 3-4 hours.

The adventure is popular, and so are two new archetypes introduced by the supplement. The first is the Rat King archetype for rangers and the second the Circle of Plagues archetype for druids.

Sadly, though, despite this being a Guild Adepts offering neither of these archetypes is legal for Organized Play.

This character is an explorer of cities and towns, an urban scout who is at home in the shadows of the back alleys as they are on the rooftops.

As the name suggests, the Rat King can summon rats, even using swarms in combat. Later on, as the Rat King levels up, they can use rats as eyes and ears throughout the city or use them as messengers.

Life and death are both natural. There’s a circle of life and plagues are apart of that.

The Circles of Plagues Druid create pools of magic from the death of creatures, storing the energy until it is needed to heal allies. These druids are masters of infestation and contagion magics.

The freebies provided by Wizards of the Coast don’t last long. You have only until May 18th to grab your copy of Rats of Waterdeep. 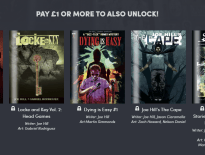