R. Talsorian Games has day described the pandemic as a punch in the gut to the tabletop RPG community. There’s no way, they say, that Cyberpunk Red will be out for June.

The company is currently looking at the end of the summer as an alternative release date. That doesn’t sound like a long delay.

Cyberpunk Red follows on in Mike Pondsmith’s incredible history of cyberpunk roleplaying games. The original tabletop game is what the forthcoming Cyberpunk 2077 computer game is based on. Cyberpunk Red is essentially the tabletop prequel to the computer game.

Cyberpunk 2077 has also faced delays but is currently due out on the 17th September this year.

The tabletop game is actually possible to play already, via the Cyberpunk Red Jumpstart kit which came out last year and became DriveThruRPG’s best selling game of the year. 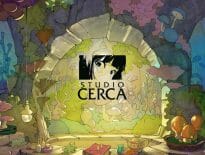